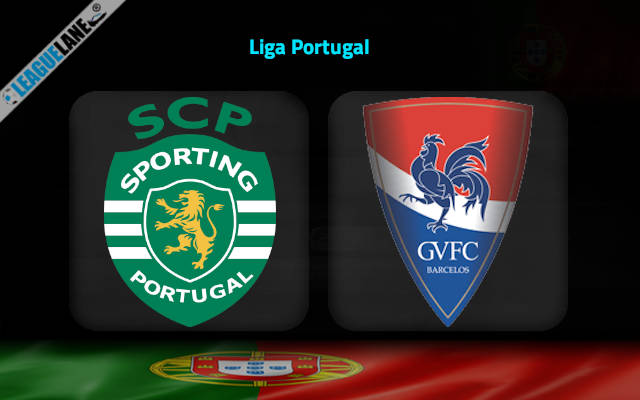 Sporting might be considered as one of the best teams in the Portuguese top flight, but they are struggling to find form at the moment. This Friday, in front of their home crowd, they will try their absolute best to deliver the three points against Gil Vicente.

Vicente are placed 10th in a table of 18 at present, and so far they managed just two wins. They are struggling with their defense, and at the same time they are finding it hard to find the back of the net as well.

Meanwhile, Sporting are placed eighth in the table, and even though they made a slow start, they will be determined to make amends.

They need a surplus of just five points to climb level with the fifth-placed Portimonense, and it is known that a top-five finish is a must to qualify for Europe, from Portugal.

Going on, they also have a dominant h2h record against this foe over the years, and taking into account all these observations, expect a win for titans Sporting this Friday.

Sporting won four of their past five overall fixtures, and they scored two or more goals in these four games. Do also note that they were unbeaten in 16 of their last 19 overall match-ups, and in the process they went on two separate four-fixture winning stretches.

On the other hand, Gil Vicente were winless in seven of their past eight overall match-ups, and in the process they went on a two-game losing streak. Do also note that they let in two or more goals in four of their previous five games.

Taking into account these observations, as well as past h2h clashes, expect a win for Sporting this weekend.