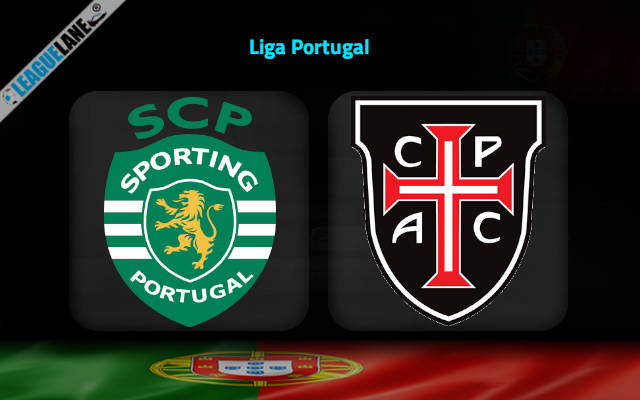 Casa Pia will be the visitors at Estadio Jose Alvalade on Saturday for the Liga Portugal game with home side Sporting CP.

Sporting CP have been one of the best teams in the Portuguese top flight for the past several years and especially so during the previous campaign.

Sporting had a defeat of the same radius two games earlier in Liga Portugal. But they have overcome all of them and are currently on a two-game winning streak in the league.

Their next game would be very challenging despite of facing a newcomer. Casa Pia’s performance since their arrival in the top flight have all been excellent. They have tasted defeat just twice this season. Therefore, they are currently fourth in the table.

Following on from being beaten in their last game against Vizela in their last Liga Portugal game, Casa Pia will be hoping to turn things around here.

Apart from picking up a lot of yellow cards, Portuguese midfielder Pedro Goncalves has been in brilliant form this season. He scored 5 goals and 3 assists in his 9 appearances.

We can expect a confident display from Sporting CP with home advantage and having won their last two games here. Do also note that lots of goals have been netted in those two fixtures.

On the other side, Casa Pia head into this fixture with an equally competitive display. Their last away defeat was in the second division last season. Apart from that, they have scored at least 2 goals in the last three away matches.

Considering all these observations, we like to back Both Teams to Score and Over 2.5 Goals FT option as the main bet. We also like to back Pedro Goncalves to Score Anytime at the 2.05 Odds.