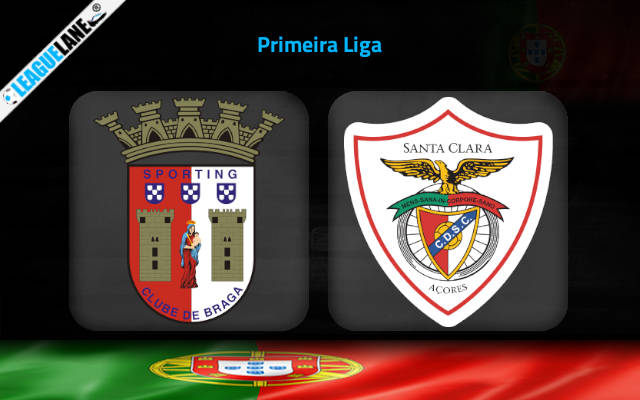 Braga are one of the top-performing teams in the Portuguese top flight, and they are placed fourth in the table. They are scoring goals in plenty, and have also built a huge momentum with their recent results.

Particularly at home, the team is on a superb stretch of performances, and importantly they have a superior h2h record against this opponent.

Meanwhile, Santa Clara are struggling quite a bit at the moment. They are letting in goals in plenty, and especially in road games they have been a mess lately.

By the looks of things, expect a win for the hosts this Monday.

Braga had won five of their past seven overall games, and they are on a three-match winning streak at home. They had scored a total of seven goals from their former three appearances at home, and they had also won nine of their past twelve home fixtures.

On the other hand, Santa Clara are on a three-game winless run, and they had remained so in 13 of their former 15 road trips. Do also note that they had lost six of their past nine road trips.

Taking into account these observations, expect a win for Braga this Monday.