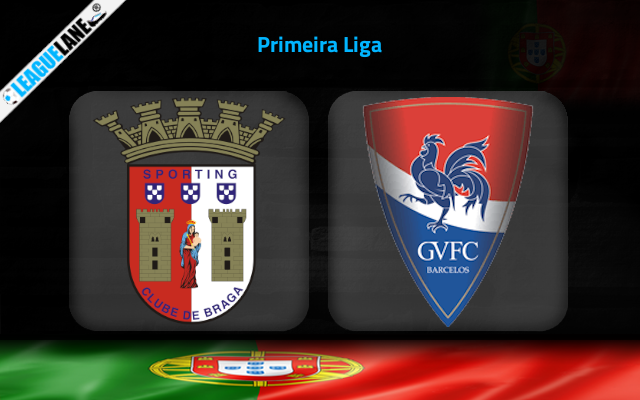 Sporting Braga have succeeded in recording a positive display at frequent intervals of time this season. As a result, they are placed inside the safe zone, at 4th with a total of 46 points. However, they will have a tough time chasing the 3rd spot occupier Benefica with 57 points.

Sporting Braga played a 1-1 draw away from home in their most recent league fixture. The match was against Boavista. With that draw, they are now having an unbeaten streak for four games in the league. They have an impressive attacking and defensive lineup.

Meanwhile, Gil Vicente have been also doing well this season. They have collected 9 points from the past 5 league fixture to add up to a total of 42 points. They sits 5th on the table, inside the promotion zone well clear from Guimaraes positioned at 6th.

They were last seen playing a Primeira Liga match-day at home against Estoril. The match ended up in a disappointing goalless draw. Anyways, they are now following an unbeaten thread for 10 subsequent league fixtures.

Both these outfits are well secured inside the promotion zone. Their only aim to fulfil would be the CL spot finish which is currently many points away from them. We expect a highly competitive display between both these outfits possessing a similar form in the league of late.

Sporting Braga have only lost once in the past 15 home fixtures across all competitions. Their attacking side have managed to slot in goals at a good rate here.

Gil Vicente also have an impressive form on road lately. But their defensive lineup have leaked goals in six of the past 10 on road affairs. Such a run will count much against Braga. On top of that, Braga have an upper hand in the h2h tradition against Vicente.

Therefore, we are backing Sporting Braga to seal a win from this fixture. We also expect goals from either sides.