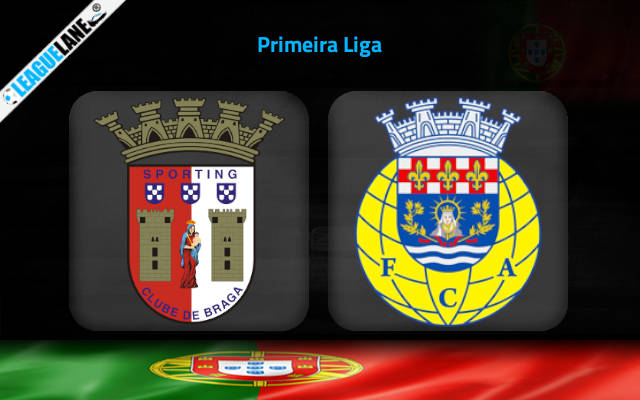 Sporting Braga has played well in their recent Primeira Liga matches. With their strong form, the team climbed the league table and became one of the top teams of Primeira Liga this season. At the moment, the team is unbeaten in the last six matches. They have kept clean sheet in the last four matches as well. Currently, they are fourth on the league table with 67 points from their matches.

Braga played their last match against Belenenses. Belenenses scored the only goal in the match and that too at the 90’ minute, ending the match in a win for them with 0-1 FT score.

Arouca has not had the best season so far. The team has got an equal number of losses with both wins and draws combined. With only two matches remaining in the season, there still stands a chance for the Arouca to end in the relegation zone. The team is only three-points ahead of the first team on the relegation zone. At the moment, the team has got 30 points to their name.

Arouca played their last match against Portimonense. Arouca scored the only goal in the match, leaving Portimonense goalless. The match ended with 0-1 FT score.

Ricardo da Luz Horta is a player to be looked out for when playing against Sporting Braga. He has scored in their last two matches and has scored 17 goals from the 30 appearances.

Arouca will clearly have a tough time when they face Sporting Braga in the next match. Sporting Braga has won consecutively in their last two matches and has secured 18 wins from the 32 matches. Even though Arouca’s cold streak has ended with the win in the last match, they will have a hard time keeping the win streak going.

Sporting has the advantage of playing in their home ground in the next match. The team has won consecutively in the last two home matches. Arouca, on the other hand, is winless in the last four road trips.

The match will most likely end with a win for Sporting Braga and we can expect the match to end with a clean sheet for Braga.