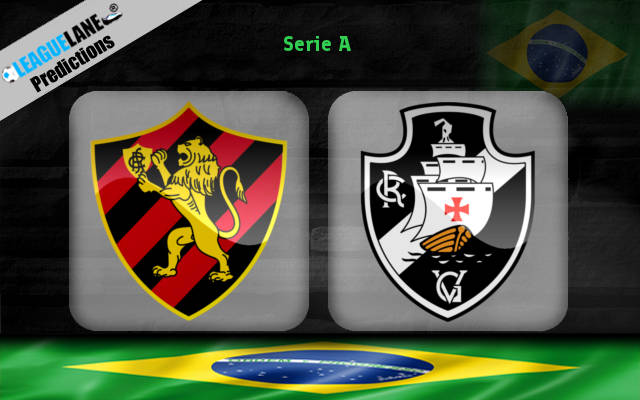 Sport Recife has been unbeaten in their last three matches including two draws in it. The host has picked up 25 points from their 20 league appearances so far this season. Their previous encounter was on the road, and they shared the spoils in a goalless draw with Ceara.

Winless in the recent five fixtures in the league, Vasco da Gama will not have much control over the ball in the fixture. Four of their previous five winless games have ended in a defeat. They will visit after a 0-1 loss at home against Palmeiras in the schedule.

Sport Recife has won only one of their last five matches in the schedule but has been unbeaten in the recent three fixtures with two goalless draws. The host will enjoy the ground advantage in the game, and three wins in the last five home matches back the home team for a win.

The double chance favoring Sport Recife will probably be the best bet for the punters considering their overall form in the league as it stands this season.