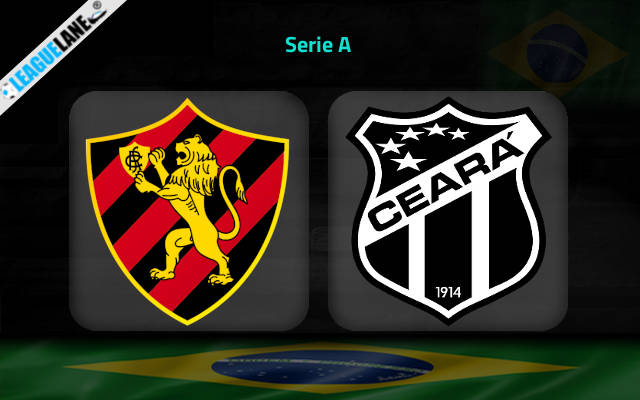 Ceara travel to Pernambuco unbeaten in eight successive Serie A outings. Can they keep the splendid spell of form going on Sunday evening against Sport Recife?

Ceara truly mean business in this term of Serie A. A run of eight consecutive league games without a loss helped them climb up to the 7th place in the league standings.

Out of all teams in the division (20), only Bragantino (they are unbeaten) have fewer defeats than Ceara so far in the season.

However, Guto Ferreira’s men have the biggest number of draws in the entire competition (six).

They have a very interesting away record of zero wins, five draws, and one defeat in six games so far in the campaign.

Sunday’s trip to Pernambuco could provide the visitors with a nice chance to snatch their inaugural victory on the road this season.

They will go into the match in the highest of spirits after a fantastic display in a 1-0 home win over 5th-placed Atletico Paranaense last weekend.

Ceara dominated the pitch, creating opportunities for as many as 21 shots throughout the course of the game.

They eventually found the winner at the death thanks to substitute Wendson Lopes who bagged the only goal of the match in the ninth minute of the added time.

Sport Recife will also head into this clash with an improved confidence. They picked up their second win of the campaign, beating fellow strugglers America Mineiro 0-1 on the road, also via a late goal from substitute (Paulinho).

Ceara boast one of the best defensive records in the entire league. They kept four clean sheets in the last five Serie A outings. We fancy their chances of claiming another one here against Sport Recife who own the second-worst attacking record in the whole competition (seven goals scored in twelve outings).

We are very much tempted by the 2.50 odds offered for the away win pick. Braver tipsters can try with the 0-1 correct score pick at the 6.00 odds.