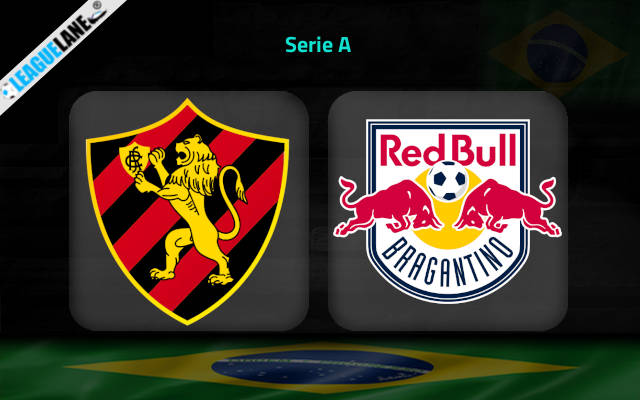 Sport Recife are looking for the fourth consecutive game without a loss on Friday evening when they take on the fourth-placed RB Bragantino in the first game of Matchday No 15 in Brazilian Serie A.

Sport Recife escaped the bottom four in the Brazilian top flight by claiming seven out of nine possible points in the last three rounds of the competition.

They’ve done so thanks to the stern defensive showings as the team led by Umberto Louzer kept clean sheets in each of the last three league outings.

However, we have to say that Sport Recife took advantage of the schedule as they’ve played the likes of America Mineiro, Ceara, and Bahia in the last three rounds.

We also have to say that Louzer’s troops were extremely lucky to get away with the spoils from the last weekend’s clash against Bahia.

Mikael’s late winner came completely against the run of play as Bahia were the dominant side on the pitch with 21 shots and 11 corners.

Sport Recife’s run will be in big jeopardy on Friday evening as they take on RB Bragantino, one of the strongest teams in the entire division this season.

The visitors aim high in this term of Serie A. They are currently just five points shy of leaders Palmeiras and they will come into this encouraged by a strong showing in a 1-0 victory over Gremio six days ago.

Sport Recife had the joint-worst attacking record in the entire league last season. They boast the second-worst attacking numbers in the opening 14 rounds of this Serie A campaign.

Knowing that Bragantino kept Gremio at bay last weekend and that they’ve kept clean sheets in both matches against Sport Recife in the previous term of Serie A, the away win to nil looks like the only logical betting option here.