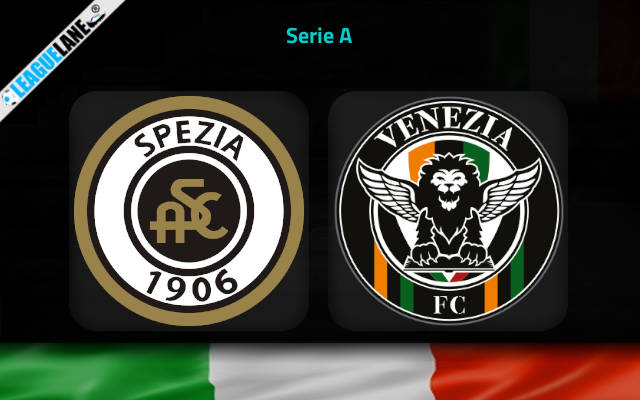 Venezia are placed 18th in a table of 20, right in the clutches of the relegation zone. They need a surplus of at least four points to avoid getting the boot, and this remaining nine league games are going to be a rollercoaster ride for them.

They have won just five times all through the campaign, and also are on a long losing streak. They are letting in goals in huge numbers, and it’s almost a given that their defense is about to be overworked, with the team desperate for points.

Meanwhile, Spezia are hanging above the cut-off by the slightest of margins. They had lost four of their past five league games, and had conceded in plenty in the process. They have also played an extra fixture, and it’s important for them that they maintain their slender cushion of points over the cut-off.

As both these struggling squads take on each other this Saturday, it’s expected that goals are about to come in plenty at the Stadio Alberto Picco.

Spezia lost 4-1 on the road the last match-day, against Sassuolo. They had lost five of their past six overall fixtures, and they had conceded two or more goals in four of their previous seven games.

They had also lost three of their former five appearances at home, and had remained winless in seven of their last nine home games.

On the other hand, Venezia lost 0-2 at home the past game week, against Sampdoria. They are on a four-fixture losing streak, and they were winless in 12 of their past 13 fixtures.

And do also note that they had lost four of their past six road trips.

Taking into account these observations, expect a high-scoring affair this Saturday between these two squads.

Tips for Spezia vs Venezia