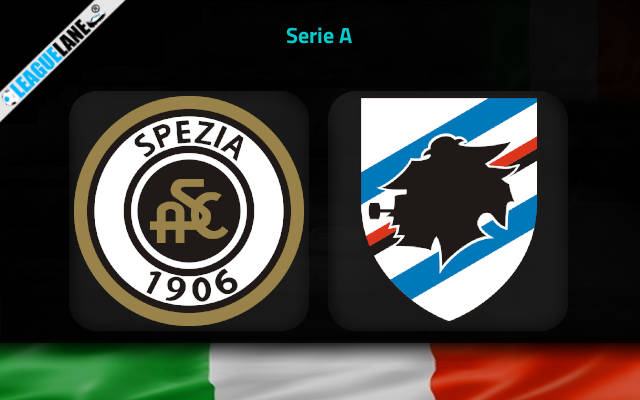 Spezia got very unlucky last weekend to concede a late 89th-minute goal in a narrow 1-0 defeat to Napoli at Stadio Diego Armando Maradona.

They thus extended the winless thread to five successive games following the lone win on the opening day of the season.

Nevertheless, we must say that new manager Luca Gotti did not have the easiest of schedules to deal with at the very beginning of the season.

Spezia lost all three away outings this term but they have faced the likes of Inter Milan, Juventus, and Napoli in the process.

The story is different in their own backyard where they are still unbeaten this season, with the win over Empoli and the draws against Sassuolo and Bologna (2-2 each).

Gotti’s troops will get a nice opportunity to maintain this unbeaten run at Stadio Alberto Picco on Saturday afternoon when they host Sampdoria in Gameweek 7.

Le Samp are still without a single win in this term of Serie A, having claimed only two points in the opening six rounds.

Marco Giampaolo’s troops could not hold on to a 1-1 draw against AC Milan seven days ago despite the fact that the reigning champions had a man sent off at the start of the second half of the affair at Stadio Comunale Luigi Ferraris.

Both teams are struggling for goals at the start of the season. Sampdoria have only bagged three in the opening six games, while Spezia only have two different goalscorers ahead of this Matchday No 7 tie.

The Under 2.5 goals FT will thus be our main betting pick at the odds of 1.90 here. Since we don’t expect either manager to take risks earl on in such an important contest for both outfits, the second bet is the draw at the half time at the odds of 2.10.