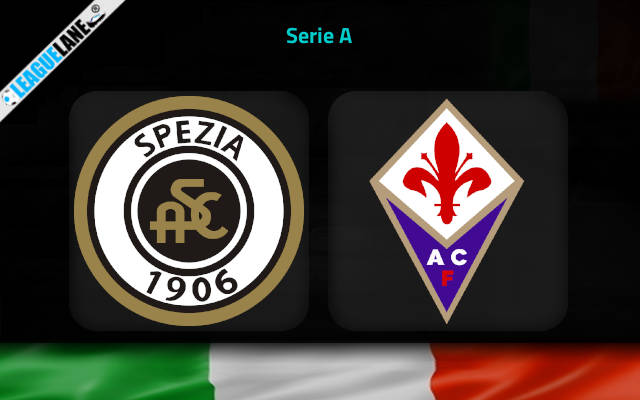 After claiming a point apiece in their previous four Serie A games, Spezia and Fiorentina are set to come across each other in Matchday No 12 on Sunday afternoon at Stadio Alberto Picco.

The first thing that caught our eyes in this matchup was Spezia’s unbeaten record on the home patch and Fiorentina’s poor form on the road.

We then went on to check the odds and find out that the hosts are 4.00 underdogs to get the three points on Sunday. It is worth going there?

It is hard to say because Spezia have not quite been offering much in the last couple of weeks. A single-point return in the last four games, three of which included the ties against Monza, Cremonese, and Salernitana, is certainly a poor return.

Luca Gotti’s men were toothless once again in the final third last weekend, failing to break Salernitana down on Saturday. They have scored just 9 goals since the start of the season.

On the other side, Fiorentina offered a fantastic resistance to Inter Milan last Saturday, losing 3-4 only after a late goal from Henrikh Mkhitaryan in the fifth minute of stoppage time at Stadio Artemio Franchi.

Overall, though, it has been a disappointing season so far for Viola who are just one point above Spezia in the Serie A standings going into this tie.

It is hard to back any team in this affair following their recent performances. This is why we see the best value in going for the stalemate with the option of both teams scoring at the 4.75 odds.

As for the correct score prediction, 1-1 appears to be the best call in our opinion and you can back it at the odds of 7.00.