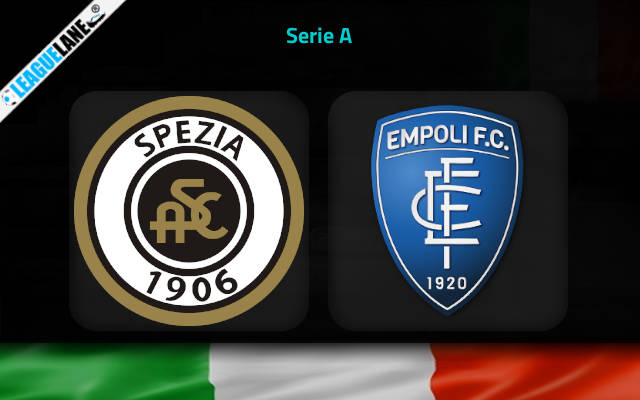 Both these teams had secured bottom-tier finishes in the Italian top flight the last season and all through the campaign they had struggled to keep clean sheets as well.

Spezia had finished 16th in the table and they had a surplus of just 6 points over the relegation cut-off. They had managed a total of just 10 wins all through this run and at the end of the run they also had a -30 goal-difference.

It also needs to be mentioned that they had let in the most number of goals of all the teams in the tournament, barring a single squad. In fact, none of the 3 relegated teams had let in as many goals as them.

Meanwhile, Empoli had finished 14th in the table and they too had registered a total of just 10 wins. They also had a negative goal difference at the end of the campaign, and it also needs to be mentioned that they have been finding it hard to perform well on the road for quite some time now.

Going on, goals have also been coming in plenty between the 2 teams whenever they have locked horns in the past. Considering these observations it is expected that we are about to see the 2 teams produce a high-scoring affair this weekend.

Spezia were winless in 8 of their past 12 overall fixtures and in the process they had even gone on a 4-match losing streak. It also needs to be mentioned that their last 11 fixtures in a row had three or more goals.

Moreover, they had also lost 5 of their past 7 appearances in front of their home crowd and they had let in 3 or more goals in 4 of their last 7 home games as well.

On the other hand, it is really concerning that Empoli have a total of just 2 official wins since mid-December and they were also winless in 11 of their past 12 road trips.

Considering these stats, anticipate a high-scoring thriller between the 2 teams this Sunday.

Tips for Spezia vs Empoli