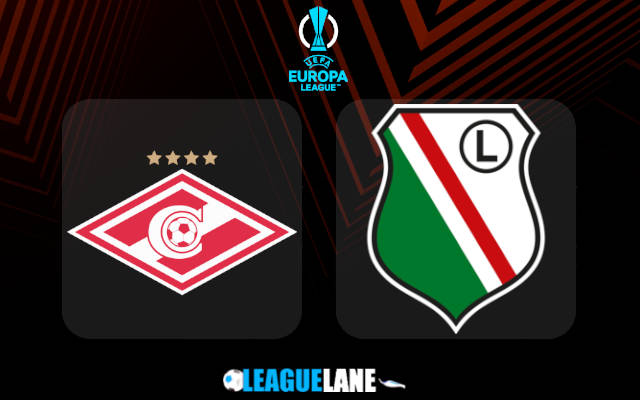 The UEFA Europa League 2021/22 kick-off with Spartak Moscow taking on Legia Warsaw at the – on Wednesday.

Spartak finished second in the Russian Premier League last season and fell into Europa League group stage after losing to Benfica in the Champions League play-offs.

Legia Warsaw lifted the Polish title last season and they too suffered heartache in the Champions League qualification. They muscled through two rounds before falling to Dinamo Zagreb and then a victory against Slavia Prague at home in the Europa League play-offs booked the ticket for Group C.

The teams are paired with Napoli and Leicester City, thus a positive start of matchday 1 is unavoidable for both sides.

Formwise, both teams are struggling in their respective leagues. Spartak Moscow are 9th while Legia are surprisingly positioned at 16th.

These are early parts of the season and teams can catch up in their respective domestic leagues and both managers may take this Europa League fixture as a chance to earn some confidence and morale.

This is why I am expecting an open game at the Otkrytiye Arena on Wednesday with goals a guarantee. We can take some key points from Legia’s victory over Slavia in the play-offs in August.