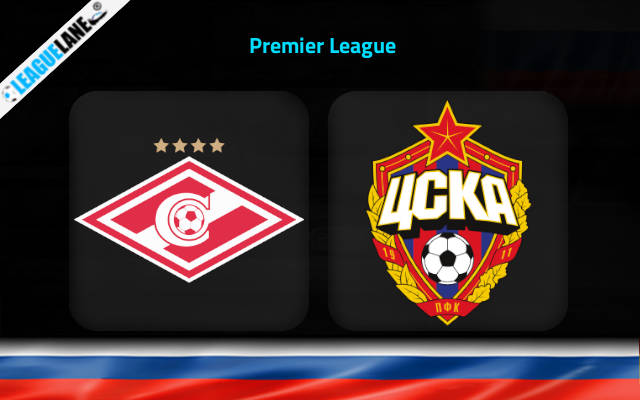 Spartak have been struggling quite a bit to deliver wins lately in the Russian top flight. They are conceding goals quite regularly, and have seldom registered wins at home this whole season.

Meanwhile, CSKA are one of the best teams in the league. They are going after a podium finish, and have also been on a superb stretch of performances on the road.

Moreover, they also have an impressive h2h record against this rival in the last few years.

Taking into account these observations, expect a win for the latter this Saturday at the Otkrytiye Arena.

Spartak lost 3-0 on the road the last match-day in the league, against Sochi. They were also winless in 10 of their past 13 games, and they were winless in four of their preceding six appearances at this stadium.

On the other hand, CSKA had won five of their past seven road trips, and they have lost just twice on the road since August of 2021.

They had also scored two or more goals in six of their past twelve overall away games, and on top of all that, they have a dominant h2h record against this foe in the past few seasons.

For all these reasons, expect a win for CSKA Moscow this Saturday.