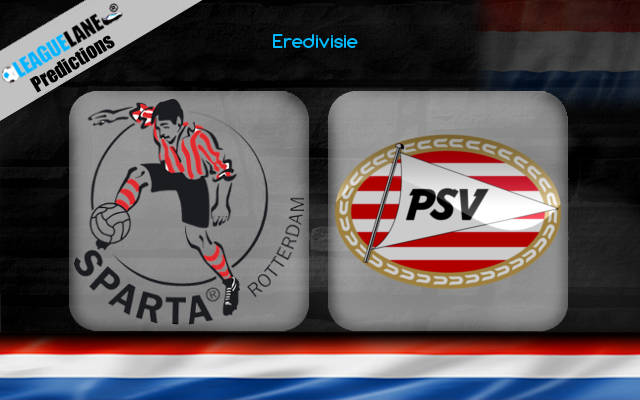 PSV has lost their last two matches and is slowly putting themselves under pressure. They are already trailing six points behind arch-rivals Ajax, and with them being afforded an easy tie this match-day, the Peasants have no option but to deliver a victory this weekend.

This desperation the guests are under could be easily taken advantage of, by Sparta. Add in the home advantage, and they stand a real chance to extend the misery of the runners-up of 2018-19 Eredivisie.

Mark van Bommel’s men are no mean opponents, despite their off-form right now. Sure, a tough schedule has likely affected them, but this would drive them even more for a victory this weekend. Moreover, disregarding their recent games, the team had been on an unbeaten run in 15 straight match-ups and had won their last six road trips, excluding the very last one.

In addition, they have been on a roll against this opponent for quite a long time, and the latest league defeat they suffered against this rival had come long 18 years back.

Consequentially, count on the guests to come out on top this game week.

Still, take into account the home advantage, and the nervousness and desperation of the visitors. Also, consider that PSV has conceded a total of seven goals from their former two league encounters.

Henceforth, the chances for the BTTS clause to be fulfilled are very high.