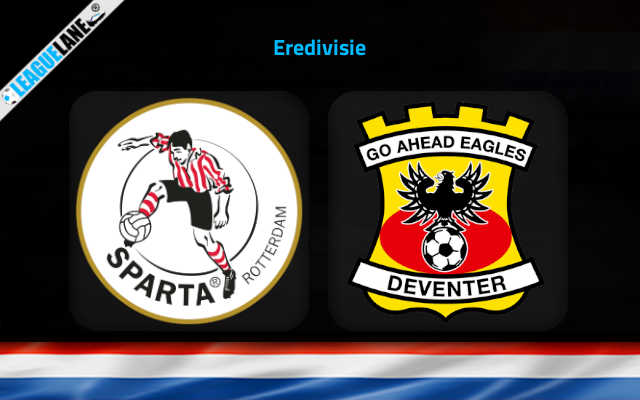 Sparta Rotterdam’s entire season has been defined by fighting for low scoring draws; however, more often than not the club has failed to contain their opponents or fail to get on the score sheet and end up suffering a narrow loss.

While this style of play has confined them within the relegation zone, they are still in a position to stay up given the closely fought relegation picture. However, the club is struggling currently and would need to turn their fortunes and that quickly.

They were last seen in a 1-2 loss at home against title contenders, PSV. The result marked their 3rd loss in four games. Following which the club now sits bottom of the division, five points behind safety.

Nothing seems to have gone the way of Go Ahead Eagles since the start of December, as they have managed just a win from those games. Thanks to a fairly solid start to their season and largely similar performances by most of the division, the club has managed to stay mid table.

Their most recent league fixture ended in a 1-1 draw against Utrecht at home. With five points from their previous five matches, they are now 11th in the league, ten points clear of their opponents.

The hosts despite a shambolic season have not lost to a team in the bottom half of the table this season at home. Their opponents meanwhile have lost against teams outside the top four just once in ten previous home games.

Therefore, I don’t see either team taking all points from this game and would have to settle for a draw.

While low scoring games have been a staple of Sparta’s fixtures home or away, their opponents’ average score line in their previous nine games on the road is less than two. Hence, a low scoring game is most likely.