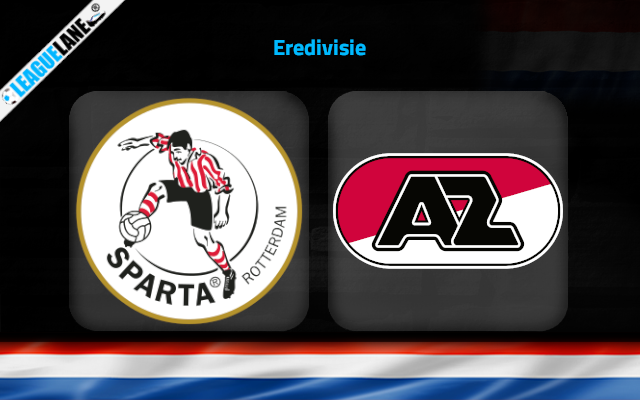 AZ Alkmaar bounced back from losing the first leg of the UEFA Europa Conference League third qualifying round tie against Scottish side Dundee United by beating Go Ahead Eagles 2-0 on the opening day of the 2022/23 Eredivisie season.

It was a rather easy matchup for Pascal Jansen’s men who did not have too many problems grabbing the spoils in front of their fans.

Striker Evangelos Pavlidis (the team’s main strength) bagged one of the team’s two goals. It was thus a positive start to the season for a side that lost two key players this summer as Owen Wijndal left for Ajax while creative midfielder Fredrik Midtsjo departed for Turkish heavyweights Galatasaray.

Alkmaar are obviously not going to challenge for the title with this lineup. As a matter of fact, they even had huge problems in the European clashes against Dundee United.

The away tie against Sparta Rotterdam will be anything but an easy task for the visitors, especially if we know that it comes just three days after a tough Conference League rematch against the Scots.

To make matters worse for Jansen and his troops, their rivals Sparta Rotterdam will enter this tie on a high after producing a fantastic defensive showing in a goalless draw at Heerenveen on the opening day.

There are no doubts that Maurice Steijn will set his team up in the same fashion here and try to make this match as boring as possible.

Due to several significant reasons, we do expect a somewhat different scenario that we would usually do in the game between these two teams.

AZ Alkmaar had a tough European game on Thursday night against Dundee United, while Sparta’s defense looked great on the opening day against Heerenveen. We are going for the low-scoring draw as the outcome in the last game of Matchday No 2 in Eredivisie.