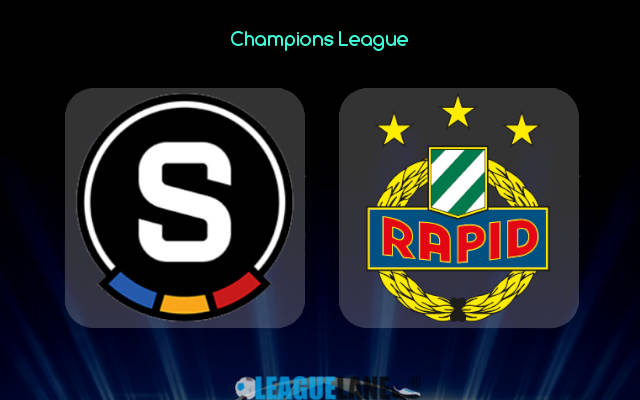 Rapid Vienna travel to Czech capital to defend a minimal advantage in the return fixture of the UEFA Champions League Qualifications tie against Sparta Prague.

Rapid Vienna are looking to match the last season’s success and reach the third qualifying round in the elite continental competition.

They have a one-goal cushion after the first leg, but it guarantees nothing ahead of the rematch in Prague.

Speaking of the first leg, it was indeed a game of two completely separate halves.

The Czechs found the early opener through a nice header from Vladislav Krejci. The midfielder had another golden chance to double his team’s lead nine minutes later, while Thomas Wiesner missed a one-on-one opportunity eight minutes before the break.

The second half brought an entirely opposite scenario. The Austrians turned things around as Ercan Kara’s opportunity represented only an introduction to a quick Christoph Knasmullner brace within an eight-minute span.

The second half of the first match showed that Rapid can stay competitive against Sparta Prague who did enter this tie as favorites to advance.

Rapid kept six clean sheets in the last ten games across competitions and they will be a tough nut to break for their opponents here.

Rapid Vienna will not give much away here, despite getting off to a wrong-footed start to their new Austrian Bundesliga campaign (a 0-2 home loss to Hartberg on Saturday). They are capable of getting results against anyone on their day and they will travel to Prague after losing just one of the last four away games in the Champions League.

It is a respectable run as it includes games against Ajax, Shakhtar Donetsk, Lokomotiva Zagreb, and Gent. Our value is with the visitors who are 1.83 to leave Prague undefeated.