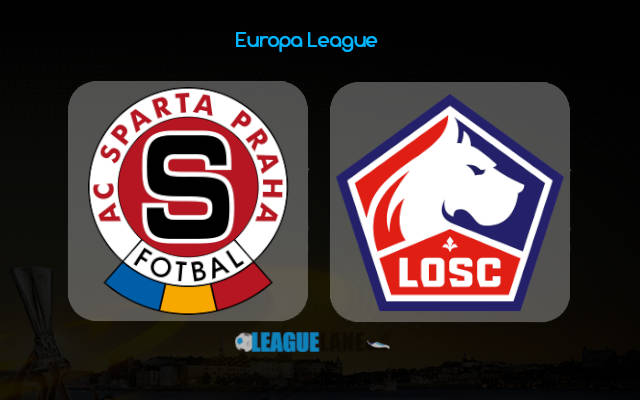 Sparta Prague have built up their confidence for upcoming Europa League clash against Lille, so we should witness an interesting game.

Hosts have collected the maximum of 18 points in Czech Republic’s Liga from six games, while performing really well in cup competitions too.

Lille are also leaders of their, much stronger, Ligue 1 after seven rounds, directly challenging PSG for the title this year.

French side was given the role of favorites here, currently priced at 1.95 odds but Sparta definitely shouldn’t be underestimated. They haven’t achieved much on European scene for a long time and they are hungry of big wins.

This is going to be the first time Sparta Prague and Lille are locking horns in a head to head encounter.

Sparta Prague were once standard members of UEFA Champions League group stages, but that hasn’t been the case for the last six years. They were even unable to compete with Viktoria Plzen and Slavia Prague in the domestic league, usually ending as third or fourth team in the end.

Tides have changed it seems with arrival of Vaclav Kotal. Team is performing really well, achieving six straight victories in Czech Liga. Some of the most notable results so far are 5-2 win against Karvina and 2-1 home win against very strong squad Jablonec. They were eliminated from Europa League in the last three years before reaching group stages by Red Star Belgrade, Spartak Subotica and Trabzonspor.

As for their opposition, Lille have continued with marvellous games in Ligue 1. They now have four victories in the last five matches, plus four clean sheets. During the last weekend LOSC demolished Lens at home 4-0 thanks to the goals of Yilmaz, Bamba, Ikone and Yazici. Both squads obviously have huge offensive potential, so we feel that Over 2.5 goals bet has good value.