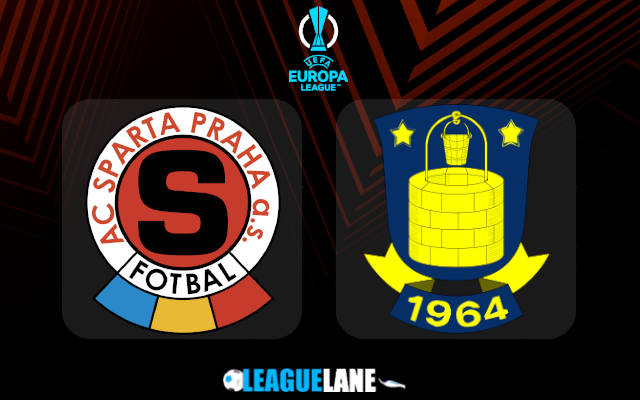 Sparta Prague come into this tie as clear favorites for a reason. They were a much better team on the pitch in the first head to head clash with Brondby and they generally left a much better impression than the Danish outfit so far in the competition.

Sparta Prague and Brondby will both finish their respective UEFA Europa League campaigns for this season on Thursday afternoon when they take on each other in the Czech capital.

The two sides have lost any chances of clinching one of the top-two spots in Group A even before this final day fixture.

However, the game will give us the answer to which of these two outfits will still continue their journey in the preliminary knockout phase of the UEFA Europa Conference League.

Sparta Prague are in a much better situation in regards to this. They are two points clear off the last-placed Brondby and only need a draw on the home patch to confirm the third-place finish in this group.

The Czech team left a much better impression in general so far in the competition. They took four points, courtesy of a 1-0 win over Rangers on the home patch and a 0-0 draw away at Brondby.

Brondby only have two points from five games so far in the competition. They have easily lost both away fixtures (3-0 at Lyon and 2-0 at Rangers) and we see them as clear underdogs here.

Brondby did not score a goal in two comprehensive defeats on the road this season in Europa League (3-0 at Lyon and 2-0 at Rangers).

Tips for Sparta Prague vs Brondby