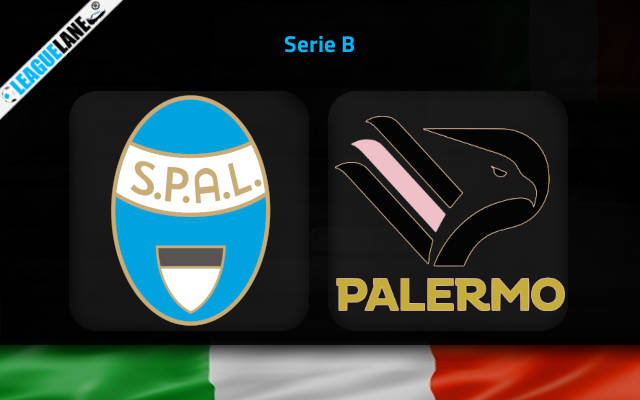 SPAL vs Palermo Predictions and Free Tips from our expert tipsters when the teams go head-to-head in Serie B on Sunday, 11 December 2022.

Things are not looking good for SPAL this season. They are just three points above the relegation zone. They managed to hold Perugia last time in a goalless draw. This result ended their three-game losing streak. They still have a long road ahead of them if they wish to avoid relegation.

At the same time, Palermo are yet to lose a game this month. Similar to their counterparts for this game, they too settled for a goalless draw when they faced Como recently.

This will be the first time, both these teams will clash at Stadio Paolo Mazza.
The host have not won at home since late October. At the same time, the visitors have improved their away form during that time.

Who will win the match between SPAL vs Palermo?

The visitors will most likely take all three points from this game. The main reason is that the host are on a six-game winless run in the league. They are very close to relegation zone as well.

Both teams are not in good goal-scoring form. Therefore, we can expect a combined total of two goals from this fixture.

In their last league outing, both teams could not score any goals respectively. The situation is not good for the host as they have scored just three goals in the last two months.

The visitors are unbeaten in four of the last five outings. They are making slow progress this season. This is why they are close to the middle of the table. We can back Palermo to win this game– at 3.10 odd.

Our second tip is that Under 2.5 goals will be scored– at 1.66. Both teams have struggled to find the back of the net since November. Do also note that their most recent game ended in a goalless draw.