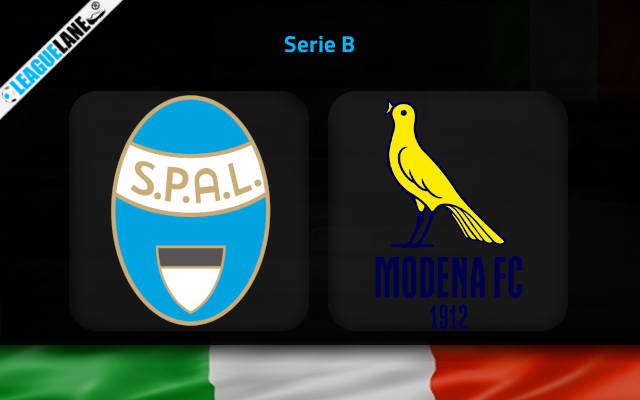 Two back-to-back defeats have put SPAL in a very difficult situation. A very important fixture is on the cards this week as they will take on Modena at Stadio Paolo Mazza.

The host have not celebrated a victory in their last four consecutive matches.
No other team is going through such a form. In their most recent outing, they played against Brescia which ended in a 2-0 defeat. This is their second consecutive defeat.

Meanwhile, the visitors are going in the right direction as they are unbeaten in their last three games. They recently got their fifth win of the season as they defeated Parma by 2-1. The credit goes to goalkeeper Riccardo Gagno as he stopped ten shots on target.

They are in the twelfth position on the table. Another interesting fact is that they are the only team in the league to have a goal difference of nil.

Manager Attilio Tesser will have to work on his teams’ performance in their away fixtures. They have only celebrated two victories in their last eight away games.

The visitors will be able to overtake rivals Cagliari if they secure all three points from this fixture.

You can back the following, as our first tip is that Modena will win this game by 1-0 – the odd for this tip will be at 10.00. The visitors have made decent progress in their last three games. Moreover, they managed to beat a top team like Parma recently.

Our next tip for this game is that Modena will keep a clean sheet – the odd for this tip will be at 3.75. In three of the last five encounters between both these teams, the visitors have kept a clean sheet.