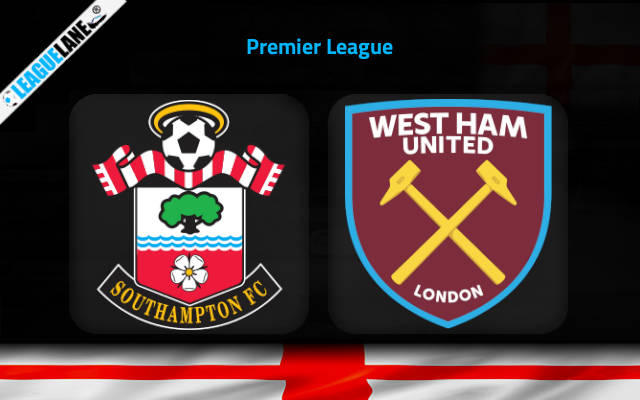 Southampton are looking for their first win of the season in the tricky fixture against high flying West Ham on Saturday.

The Saints were bound to struggle in this season after losing most of their senior players in the summer. Though they are winless in August, there are a lot of positives to take from the draw against Manchester United and Newcastle.

The team dominated all areas on the pitch in the away trip to St. James’ Park, while it is also worth mentioning that they took the Red Devils on a ride home and could have won there as well if not for poor finishing.

Ralph Hasenhuttl’s men lost to Everton on matchday 1 and sit with 2 points at 13th in the league table.

Meanwhile, David Moyes is one of the Premier League managers who went into the international break in a party mood. They were lethal in the wins against Newcastle 4-2 and Leicester 4-1 before the winning run was halted by a resilient Crystal Palace 2-2.

Michail Antonio is the pick of the players, scored in all 3 games so far and currently tops the Premier League scoring charts with 4 goals.

With 7 points from three games, the Hammers sit just behind Tottenham in the table, however there are 4 other teams on same points.

Goals are expected in this match with both teams scoring in all their 3 matches so far without keeping a clean sheet. Therefore btts paid in all 6 combined matches of this teams prices here at 1.57 odd is our top recommendation for this Premier League match.

We can also back Michail Antonio to continue his red hot scoring form and make it 4 in four games at sky high 2.40 odds.