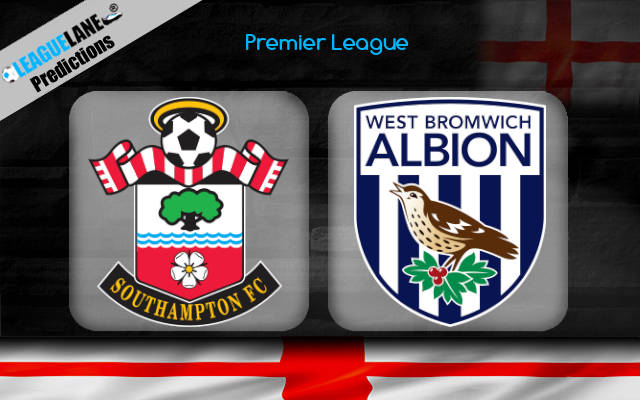 The Saints had hoped for a far better beginning to their campaign, but they had to settle for two losses right away, and that has now set them back a little. However, they did record a win in their latest fixture, and would give anything for another three points this weekend as well.

They do have a favorable game this game week, considering that they are taking on a team that got promoted to the top flight just at the end of the last season.

Not only are the Baggies winless so far in 2020-21, but they are also inexperienced in the top flight. They also have conceded the most number of goals so far of all the teams in the league, and to further pile on, they are on the road and are taking on the hurt and determined Ralph Hasenhuttl’s men.

Going on, the Saints also do have a dominating h2h record against this opponent.

For the reasons, expect a Southampton win this Sunday.

The Saints recorded a 0-1 win on the road the last match-day, against Burnley. It was a confidence-boosting win against one of the best defenses in the competition.

In the meantime, Slaven Bilic’s men secured a 3-3 draw against Chelsea at home.

As things stand, Hasenhuttl’s men have an upper hand. They were one of the impressive teams the last season in the EPL, especially in the second half of the campaign. On the other hand, their opposite number have just been promoted to the top flight.

Going on, the Saints are desperate for a win, and they are at home. In addition, they also have a great h2h record against this rival, and particularly in the recent years. In fact, they are on a four-fixture winning run against this opponent, and also have registered seven of the preceding eleven overall wins.

Furthermore, the Baggies have a single win from their last ten overall games, and this sole win had come in the EFL Cup, against a team from the lower divisions.

Considering these factors, expect a Southampton win this weekend.