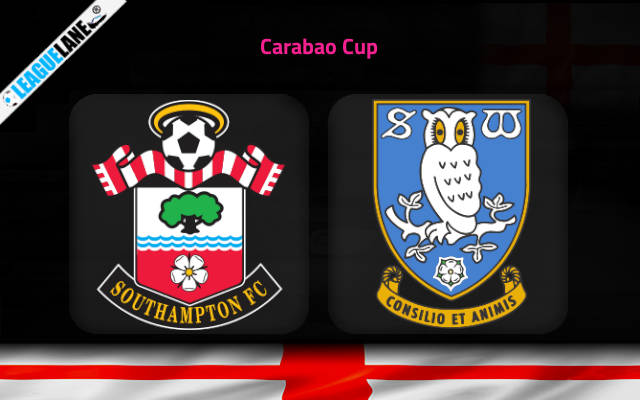 Southampton will head into this fixture after suffering a huge 1-4 defeat against Newcastle in their last Premier League game. They are currently in the danger zone in the table as they have not been in great form this season.

But they have enough stats to say that they have more chances of winning when it comes to this fixture. Because their opponents for Wednesday is Sheffield from League One.

The league difference between the two is one of the main reasons to say that Southampton possess the potential to beat this League One team. There is no need to say more about it. So its better to compare the current form of both the teams.

Southampton are unbeaten in three of their last five games. A 1-1 draw against current league toppers Arsenal will be their best display from those unbeaten games.

Meanwhile, Sheffield have been hovering around the top two spots in the table since the beginning of the season. It is very impressive to have a good goal scoring and preventing side to support a team which is unbeaten in 80% of the games played.

But the bookmakers believe that this form will not be enough to beat the home side. In addition, they have rather an inferior head to head form against Southampton of late.

By the looks of things, expect a pleasant day for the hosts on Wednesday at St. Mary’s Stadium.

It’s easy to say who will win according to the competitive strength When Sheffield Wednesday, who last played the Premier League in 1994-95 season and Southampton, who last played League One in the 2010-11 season, face each other.

All the above stats are favorable for Southampton. The result we expect is that the home side will win scoring goals in both halves.