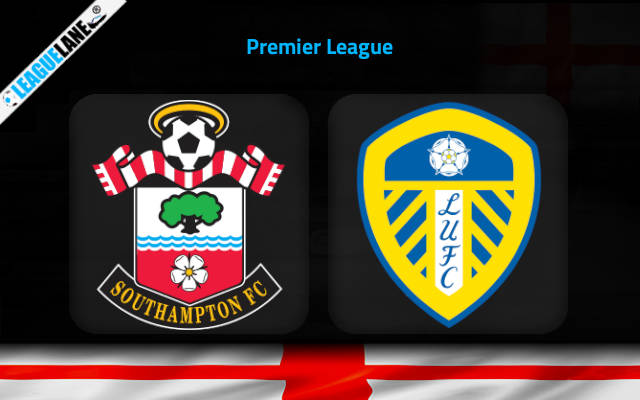 Both Southampton and Leeds had poor campaigns the last season in the English top flight and should consider themselves lucky to have avoided getting the boot. It goes without saying that they will be determined to have a far better season this time around.

It seems that Southampton are still struggling to find form. They are going through a poor stretch of performances lately and are letting in goals in huge numbers.

Most of their recent fixtures have ended in losses and they have been unable to deliver at least one good performance in front of their home crowd lately as well.

On the other hand, Leeds have a different story to share. They have started their campaign on a winning note and that too against Wolves. They are also finding the back of the net in plenty and even have shown their form away from home.

Going on, they also have a dominant head-to-head record against this opponent over the years and have amassed goals during these games as well.

By the looks of things, it is expected that we are about to witness a victory for Leeds this Saturday.

Southampton lost 4-1 on the road the last match-day against Tottenham and they are also on a 2-game losing streak. They were also winless in 17 of their past 19 overall games and in the process they had gone on separate 5-game as well as 4-fixture losing streaks.

On the other hand, Leeds were unbeaten in 7 of their past 8 overall games, and they had scored 2 or more goals in 5 of their past 7 fixtures as well.

Going on, they had also won 3 of their past 5 road trips and they had scored 2 or more goals in 3 of their last 5 away matches as well.

Taking into account these observations, as well as the head-to-head domination of Leeds, expect a victory for them this weekend.

Tips for Southampton vs Leeds