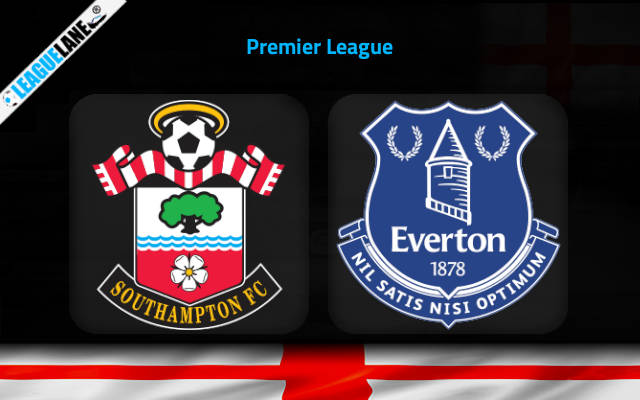 Both Everton and Southampton are finding it hard to register wins, and to worsen the situation, their defenses are not performing good too. A win is a must for either team at the moment, and we can expect a tightly-fought contest this Saturday at the St. Mary’s Stadium.

Everton are placed 13th in the table at the moment, and most of their recent games ended in draws. They are also failing to consistently keep clean sheets, and particularly on the road they have been a mess lately.

In fact, seldom have they registered wins away from home in 2022, and in the process they even went on long streaks of losses.

It also goes without saying that they are under extreme pressure, and this will only lead to them being even more careless this weekend.

Do also note that so far they managed just one win in the competition.

Meanwhile, Southampton are on a losing streak in the league, and only a handful of teams let in more goals than them in the entire competition.

Moreover, they are also on a poor stretch of results at home, and their defense failed to rise to the occasion even in front of their home crowd.

In addition, goals also came in plenty whenever these two teams locked horns in the past.

Southampton are on a two-fixture losing streak, and they were winless in 21 of their past 26 overall games. Do also note that they have just one clean sheet at home in the past 13 appearances.

On the other hand, Everton were winless in six of their past eight overall match-ups, and in the process they even went on a two-game losing streak.

Going on, they were able to register just three wins away from home in the past 12 months, and in the process they went on an eight-game losing streak, a four-fixture losing stretch, as well as another three-match losing run.

Taking into account these observations, anticipate a goal-fest this weekend.

Tips for Southampton vs Everton