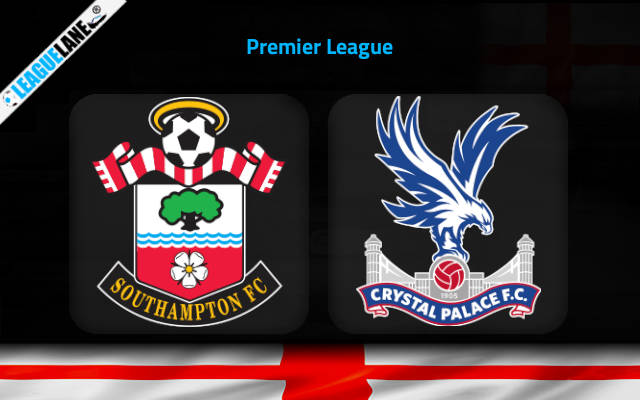 Both these teams are practically out for contention for the playoffs and now their only objective would be to have a decent finish to their respective campaigns.

Southampton have been going through a winless stretch of performances for quite some time now and are also conceding goals quite in plenty.

It also needs to be mentioned that they have struggled to keep clean sheets at home all through the campaign.

Meanwhile Crystal Palace did have a short streak where they recorded good performances but once again they have regressed back to the mean.

They too are finding it hard to deliver good results and they are also on a losing streak on the road.

With either team having nothing to lose and nothing to gain as well, they have the luxury to play without pressure. And it is kind of given that these two are going to go for the win in anticipation for their next season.

Moreover, goals have come in plenty whenever these two have locked horns in previous seasons.

For the reasons, expect a goal-fest this Saturday between the two squads.

Southampton were held to a draw the last match-day on the road my Brighton. Either team had slotted in two goals apiece. Going on, they were winless in eight of their past nine fixtures and in the process they had gone on a four-game losing streak as well.

On the other hand, Palace were held to a draw at home the past game by Leeds. They were on a three-match losing streak before that, and they have managed to post a total of just three wins on the road in the whole of this league season too.

Taking into account these observations expect a high scoring affair this Saturday.

Tips for Southampton vs Crystal Palace