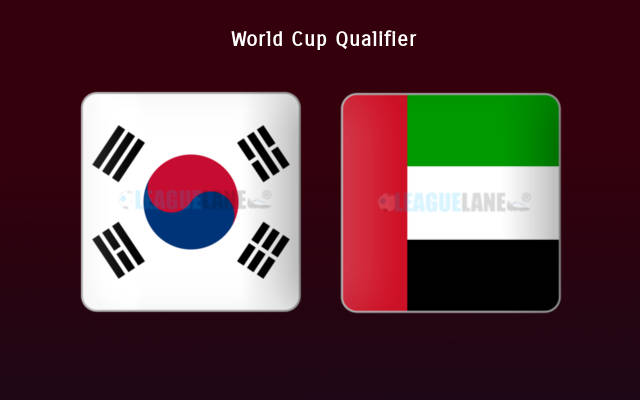 Korea are unbeaten so far in this Third Round of Qualifiers, and they have been on a roll at home for quite some time. And with a great h2h record as well against the struggling and inconsistent UAE, they are expected to post the three points on the board this Thursday.

Korea recorded a 1-1 draw on the road the last match-day in the competition. But note that it was against toppers Iran. As of now, the Koreans are placed second in the table, and understand that the top-two teams from each group will secure a ticket to Qatar.

Meanwhile, the third-placed team would have to go through two extra rounds of qualification, while the remaining squads would be eliminated.

As of now, Korea are trailing two points below the first-placed Iran, and have a lead of three points over the third-placed Lebanon.

As such, they are pretty much in a comfortable position. However, as an added bonus, Iran and Lebanon are taking on each other next, and at least one of the two will be dropping points.

This is an opportunity for the Koreans, should they be able to deliver a win in this upcoming encounter.

They are taking on UAE, who have been winless so far. In fact, the United Arab Emirates were held to a 2-2 draw at home the last match-day by the fifth-placed Iraq.

And judging previous h2h clashes as well, expect a win for the in-form Korea Republic this Thursday at the Goyang Stadium.