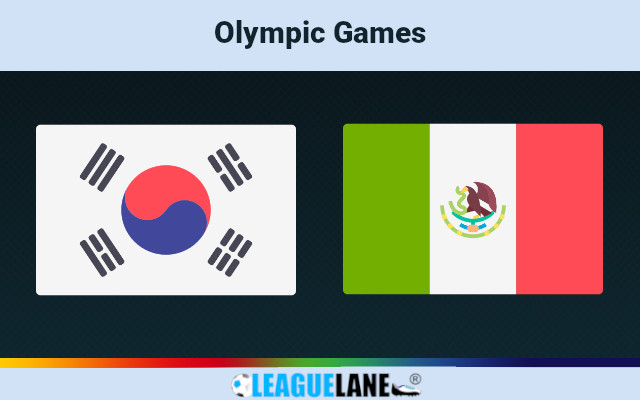 Korea Republic and Mexico will lock horns in the last and the most exciting quarterfinal of the Tokyo 2020 Olympics on Saturday at Nissan Stadium in Yokohama.

Two of the most efficient teams in the group stages are set to meet each other in the battle for the final four at the Tokyo 2020 Olympics.

Both sides will go into the match in the highest of spirits following their stellar attacking showings in the group phase.

No other team have scored more goals than Korea Republic who topped their group with two empathic wins in three games, bagging as many as ten goals in the process.

Six of these ten goals came in the last round against ten-man Honduras. Ui-Jo Hwang stole the show on the occasion as his hat-trick helped the Koreans run riot against the CONCACAF opposition.

Hwang had a great season with Bordeaux scoring 12 goals in French Ligue 1 last year. He will no doubts have a lot of space to deliver up front past the attacking-minded Mexicans here.

Speaking of the Mexicans, they began the competition with a demolishing 4-1 victory over France. All five goals were scored in a thrilling second-half of the contest.

The Mexicans then fell 2-1 to hosts Japan before easing past South Africans 3-0 to secure a place in the quarterfinal.

The Koreans will need to keep an eye on Ernesto Vega and Diego Lainez. The former scored a goal in two of three matches, while the latter has actually been the Mexican standout player so far in the competition.

The time has finally come for this low-scoring trend in the H2H clashes between these two likes at the Olympics to end. Both Korea Republic and Mexico played attacking-minded football in the group stage.

Both teams have players capable of producing loads in the final third. We just can’t imagine a low-scoring game here. Both Teams To Score is a banker bet at the odds of 1.80.