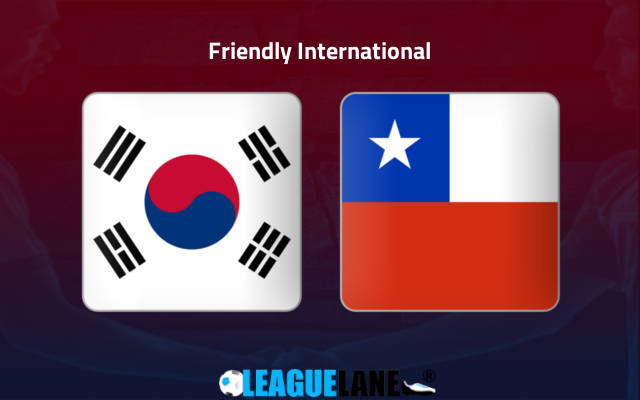 Chile failed to qualify to the upcoming World Cup after going through an intensely competitive South American qualifiers. And they will be determined to make amends for it.

They are still chasing the high when they delivered back to back Copa America titles and it feels as if this is almost the curtain call for their golden generation of players.

The recent form is a matter of worry for the fans and especially so on the road. They cannot waste time and will have to start rebuilding if they are serious about being contenders for the international competitions that will follow the Qatar World Cup.

And they have a long road ahead in that regard, considering the form of the other teams in the CONMEBOL region.

This Monday, count on them to have a decent performance, especially since they are battle-hardened after going through the South American Qualifiers.

Meanwhile South Korea just were humiliated by Brazil and this is really not something they were expecting after they secured a ticket to the upcoming World Cup.

The team will have to find their confidence back before December if they are serious about their chances in the quadrennial competition. Fans are placing huge hopes on them especially since an Asian country is the host nation this time around.

The Koreans do have the belief of coming through the long ordeal of Asian qualifiers. While the quality of opponents is of question, the sheer number of stages they have to wade through gives them credibility.

Both teams will be going for the win this match-day and count on them to find the back of the net at least once.

The Koreans are on a 2-game losing streak and they had let in a total of 6 goals in the process. However, it needs to be mentioned that before their loss against Brazil the last match-day, the last they lost at home was back in 2018.

They might struggle against Chileans this Monday but it is a doubt if they would be unable to slot in at least one goal.

Meanwhile the Chileans were unbeaten 6 of their previous 10 games and of their 4 losses during this stretch, 3 had come against Brazil, Argentina and Uruguay.

By the looks of things expect goals to come from either end of the pitch this Monday.

Tips for South Korea vs Chile