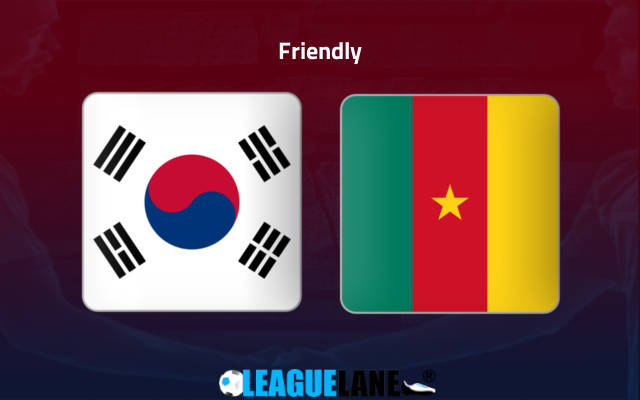 Both South Korea and Cameroon have qualified for the upcoming edition of the World Cup and they will be determined to prepare for the competition with a win in these ongoing friendlies.

The Koreans received a bye to the Second Round of the qualifiers from the Asian federation and there in Group H they managed to secure the first position. It was an overwhelmingly dominant display as they had a 100-percentage unbeaten record throughout the Second Round.

In fact, they had a 100-percentage winning record disregarding a single draw and they managed to register a combined score card of 22-1 in the process.

Then they progressed to the Third Round with other group winners and there they managed to secure a second-place finish which ultimately fetched them a ticket to the World Cup.

Meanwhile Cameroon too received a bye to the Second Round of the African qualifiers and there they managed to win their group with a 100% unbeaten record, barring just one fixture.

Note that they scored the most number of goals of all the teams in the group as well as let in the least.

Then they managed to secure a win in the Third Round against previous continental champions Algeria and thus ensured a ticket to the World Cup.

As seen both teams had to go through some tough challenges in order to get here and they will be determined to keep their momentum going on. Expect a fierce encounter this Tuesday between the two teams and anticipate goals to come from either end of the pitch as well.

The Koreans won three of their previous five overall fixtures and they scored three or more goals in these three games.

Moreover, they were unbeaten in 20 of their past 23 overall matches and in the process, they went on a 7-gamewinning streak as well as two separate three-fixture winning structures.

On the other hand, Cameroon won 10 of their past 17 overall fixtures and all through this stretch they found the back of the net in plenty.

Considering the form of either team, expect a high-scoring affair this Tuesday.

Tips for South Korea vs Cameroon