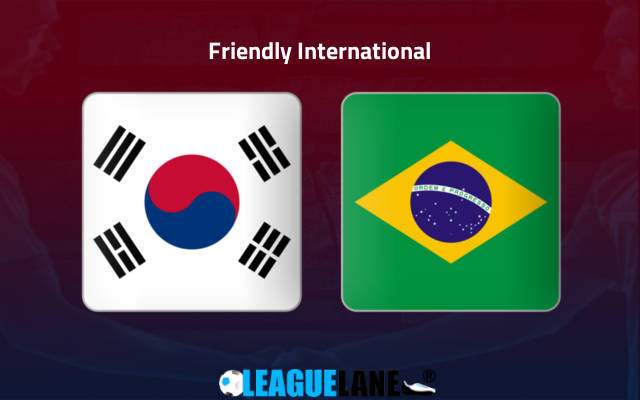 South Korea is set to host Brazil in an International friendly game this Thursday in Seoul ahead of this year’s World Cup.

The national team, captained by Tottenham Hotspur’s Son Heung-min will take on Brazil in Seoul before squaring off against Chile and Paraguay on June 6 and 10. South Korea are 29th in the FIFA rankings and enter their 10th consecutive World Cup after finishing second behind Iran in Group A in the final round of Asian qualifiers.

The hosts will play Portugal, Uruguay and Ghana in Group H when the 2022 World Cup kicks off at Qatar in November. South Korea has advanced to the knockout stage only twice and their best showing was a semifinal spot at the 2002 World Cup, which they co-hosted with Japan. They made the round of 16 at the 2010 edition in South Africa.

On the other side, Brazil is one of the most decorated teams in world football. They are the most successful nation in the FIFA World Cup with 5 Championship title to their name. They remain as the only national team to have played in all World Cup editions without any absence or need for Playoffs.

Selecao failed to advance past the quarter-finals of the last two tournaments, last winning their World Cup in 2002. Their last title was the 2013 FIFA Confederations Cup. The star-studded squad will play Serbia, Switzerland and Cameroon in Group G of 2022 Qatar World Cup.

South Korea won 7 of their last 8 games across various competitions. They were remarkable in the World Cup qualifier fixtures wining 7 out of 10 games played and booking a ticket to the grandest stage of all. They remain outstanding at home having unbeaten in the last 18 home matches of which they won 15 of them.

Meanwhile, Brazil had never lost a WC qualifier game, unbeaten in all 17 of them and their last 3 matches have all ended on a 4-0 win scoreline. They also remain excellent on-road, except their loss to Argentina in Copa America final, they haven’t lost on-road since 2018 which is a jaw-dropping record.

By the looks of things, the experienced Brazil come here as the favorites to secure a victory.