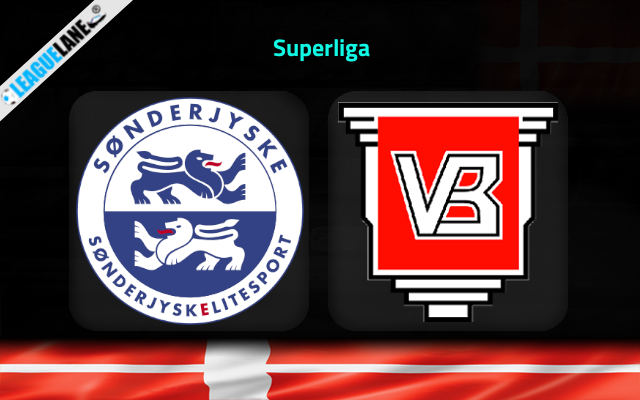 Sonderjyske are slight favourites when they welcome Vejle to wrap up the matchday 2 of the Danish Superliga 2021/22 season.

Both teams finished in the bottom half of the table last season, and they started the new campaign with negative results.

Sonderjyske were held to a goal-less draw by the newly promoted Silkeborg last week and they were second best throughout that game. Their pre-season has been particularly horrendous having lost every game by 2 or more goal margin.

Vejle on the other hand, started with a 0-2 loss to Randers, the two goals falling towards the middle of first half. Second half was even worse as they failed to register a shot on goal. Early signs suggest that they are in for another difficult season.

Both teams have plenty of play for on matchday 2 and they will be aiming at a morale boosting victory to bring some momentum for season ambition.

Though we do not see a clear favorite for this match, Sonderjyske are the better team by slimmest of the margin and they could profit from home advantage against a team like Vejle who managed just 4 away wins in the previous campaign.

This is expected to be a high scoring contest as well, with a majority of their previous duels producing 4 or more goals.