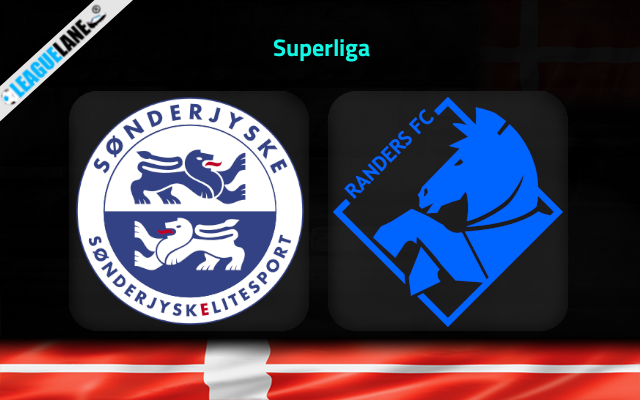 Sonderjyske are undoubtedly the worst team of this season so far. They are on a shape that any team could seal a win from. As a result, they occupies the rock bottom of the table with just 12 points in hand. Also, they owns a pathetic offensive and defensive lineup.

Sonderjyske recorded a 1-1 draw against Nordsjaelland away from home in their most recent league fixture.. With that draw, they are now winless for 12 straigh league fixtures. They will be having lowest of spirits on the back of such a slump.

Meanwhile, Randers have managed to record enough of positive displays to occupy a position inside the safe zone. They sits 5th on the table with a total of 32 points. They have an average attacking and defensive side. They have an inconsistent form of late and will be hoping to gain consistency from their coming league outings.

Randers ended up their four-game winless streak by recording a 2-1 victory over Silkeborg at home in their most recent fixture. They will be hoping to make that win count as they face the worst team of this campaign, Sonderjyske in their next SuperLiga fixture on Sunday at Sydbank Park.

Sonderjyske are on the back of five winless league games at this venue. They have leaked two or more goals in 8 of the past 11 home league affairs.

On top of that, Sonderjyske have a disappointing form against Randers in their recent head to head meetings. On the back of their dreadful form in the league this season, we are reckoned to thinks that Randers will end up sealing a comfortable win from this fixture.