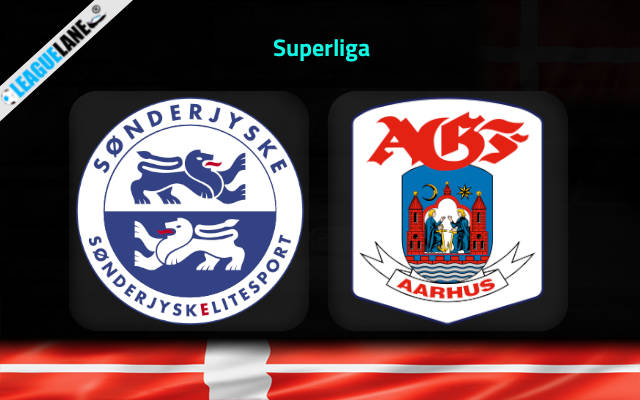 With 14 points and 2 places apart, Aarhus will be taking a roadtrip to Sydbank Park, this Monday to meet the rock bottomed Sonderjyske whom are in the relegation area.

Aarhus are at the 9th spot on the table with 28 points from 25 games. They won 6 times in the league while drawing on 10 and losing on 9 other occasions. The visitors have been denying win since the last 7 league schedules and are only 10 points safe from relegation. But they are more close to the Europa League Play Offs spot with lacking only 6 points.

Aarhus lost their previous league schedule against Viborg by 0-2 margin. They have been scored against in 5 of their last 6 games, letting opponents get 9 goals in all. The visitors have the highest number of ties in the league, with drawing 4 times from the last 5 fixtures.

On the other hand, Sonderjyske resides at the rock bottom closing the 12th position on the table with a mere 14 points. Of the 24 matches played, they won only twice in the league while drawing 8 times and losing on 14 other occasions. Their total goals to conceding ratio stands at 20:45 which is the worst in Superliga, showcasing their dreadful lineup.

Sonderjyske will play in this match following a 2-2 Superliga tied result over Odense BK. They have been scored against on all of their previous 6 games, leaking 9 goals in the process.

Aarhus have not lost to Sonderjyske when they have played them away from home in the previous 4 league games. They also remain unbeaten in their previous 2 league matches away from home.

Meanwhile, Sonderjyske have not won against this visiting side in their last 9 league matches. Moreover, they have also not won at home in their last 7 league games and are the first in line get relegated to 1st Division.

Considering the past h2h stats and current form, we anticipate the visiting side to snatch a win this Monday.