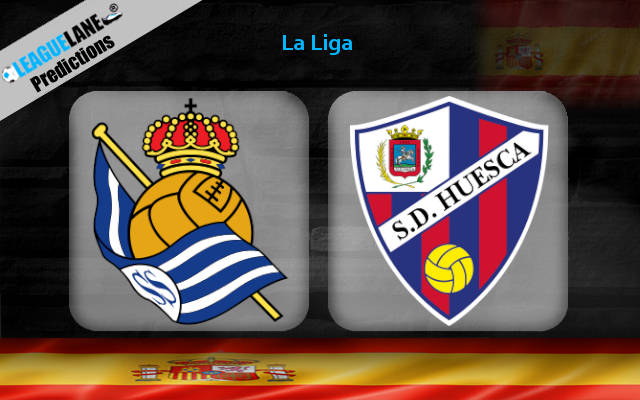 La real poses a good chance in staying at the topmost spot of the league table next week too, with their next game scheduled to face the promoted side, Huesca, at home for Sunday night. Adding to their ground advantage in the game is the winless streak of the visitors in the campaign until now.

The promoted contingents have picked up 5 points with 5 draws in their six league clashes and are six points behind the host in the table. Real Sociedad is on a two-game winning streak in the campaign, following a 0-3 win on the road against Betis last time out in the schedule.

Huesca has been dropping points all along with their form in the league this season after arriving at the top tier of Spanish club football. Their previous encounter was at home and they shared the spoils with a 2-2 scoreline against Valladolid in the league.

Real Sociedad has won three of their recent four La Liga fixtures in their schedule. Significantly, all three victories came with a 3-0 scoreline in their form. The host has averaged 1.6 goals in the campaign this season within the six appearances until now. Hence, we can expect La Real alone to slot in at least a couple of goals in the encounter within ninety minutes.

Huesca has scored in only two of the five attempts in the campaign this term. Along with that, their winless run in the league also holds them back in the upcoming match. Besides, Oscenses have won none of their h2h clashes with La Real since 2008. This gives a head start for the home team well before the match even starts on Sunday night.

Based on these stats, we can expect the match to be in favor of the home team. So, the home win in full-time will probably be a suitable option for the punters. Besides, the tip for over 1.5 goals will probably be the best bet to yield decent returns in the encounter.