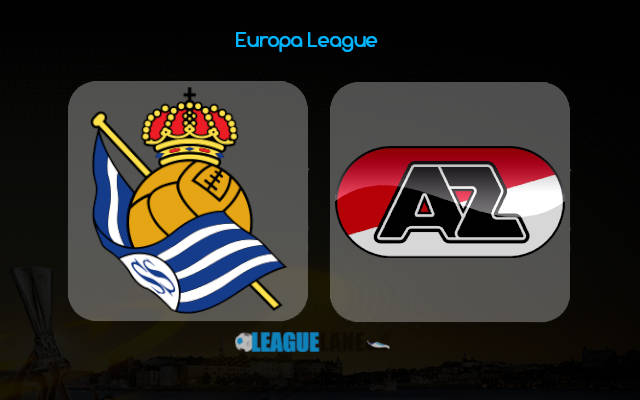 The 0-1 loss at home against Napoli cost three points for Real Sociedad in the Europa League group stages this season. Significantly, both their matches have ended with the same 1-0 scoreline in the tournament group stage despite the results.

Alkmaar is topping the group F in the EL this season, with a winning streak. The visitor has conceded only one goal so far, but has scored 5 goals in the meantime. Their previous EL fixture was at home, and they defeated Rijeka with a 4-1 scoreline.

Real Sociedad has the upper hand in the game with their ground advantage in the game. Besides, the Spanish league is more competitive than Eredivisie, leading to a stronger squad for the host. Even though the host had a fallout in the last EL clash, we can expect a comeback from La Real.

AZ had a narrow in on the road against Napoli in the previous outing in EL group stage. This shows they are a bit more aggressive at home than on the road. With this slightly troubled away form, the Cheeseheads will not pose an enormous threat to the home team in the clash.

Since the host is a bit more reliant on the defense, as seen from their EL results in the group so far this season in the schedule, the match is likely to be a low-scoring affair. So, the tip for under 3.5 goals will come in handy for the punters.

The home win in full-time will probably be the ideal choice regarding their squad strength and ground advantage in the encounter for the upcoming match.