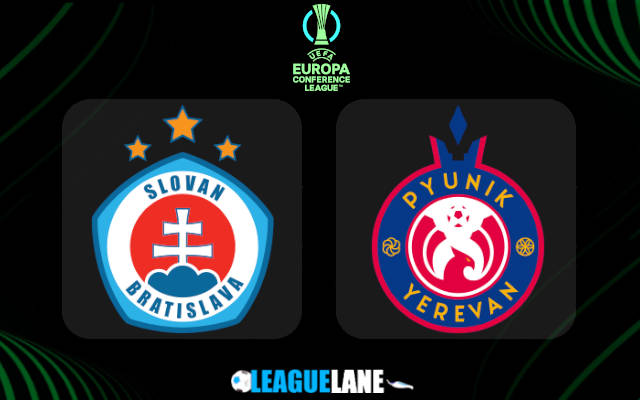 Pyunik were shocked when they conceded two goals against Zalgiris last time. They will now face Slovan Bratislava for the second leg at Tehelné pole on Matchday 5.

When both these sides met over a month ago in the first leg, Vladimír Weiss’s side lost that game by 2-0. This is their only defeat till now in Group H.

Most recently, they held the current leaders Basel in an exciting 3-3 draw. This result has lifted the host’s confidence as it has increased their probability to advance to the next round. However they need to win this game first.

In the return leg, we can expect the host to play a defensive game and not create any space for Pyunik to score. As previously this led to them scoring two goals.

Pyunik boss Yegishe Melikyan played a five-man defence when they faced Zalgiris on Matchday 4. Yet, they conceded two goals in that game. It could have been higher as they had hit the target eight times.

Both teams are separated by a single point ahead of this game. This will make all the remaining games of Group H more interesting with just two matchdays remaining.

Our first tip is that Slovan Bratislava will win this game by 1-0 – the odd for this tip will be at 6.50. This is after considering that the host have only lost once in their last four matches. Also they defeated the league leaders by 2-0 at the beginning of this month.

Our next tip for this game is that Slovan Bratislava will keep a clean sheet – the odd for this tip will be at 2.00. In two of the last four matches, they have kept a clean sheet. Do note that they have an advantage of playing in front of home crowd.