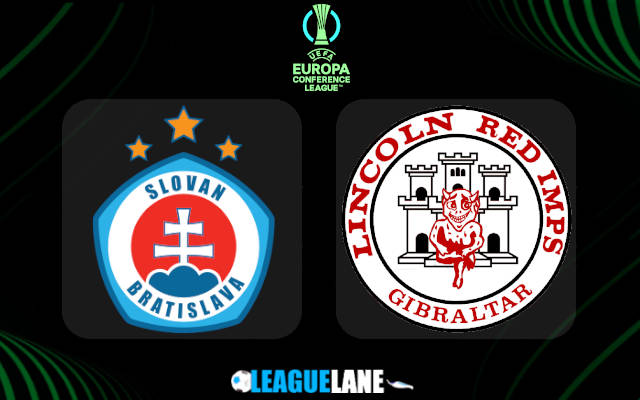 Slovan Bratislava are heavy favorites against the Gibraltar’s opposition on Thursday. If they want to keep any chances or progressing from this group, they simply need to claim a maximum of six points from the upcoming double-header against Lincoln Red Imps. We expect a commanding home victory here.

Slovan Bratislava picked up a big point in Greece in the previous round of the Conference League and they have a nice chance to make a big step towards securing the knockout phase of the competition with back-to-back victories over Lincoln Red Imps in the next two games.

The gulf in quality between all teams in Group F and Gibraltar’s side Lincoln is huge and we would be surprised to see the visitors snatching a single point by the end of the group phase.

Lincoln easily lost both of the opening two outings, each by a two-goal margin. They have never been in the group stage of any European competitions.

As a matter of fact, they have never gone beyond the second qualifying round in either Europa League or the Champions League before this season.

Slovan are a much more established side and they have already shown quality in this competition.

Interestingly, they had a chance to play Lincoln in the third qualifying round of the UEFA Europa League a couple of months ago.

Slovan advanced 4-2 on aggregate as they’ve finished the job in the first leg, beating the Gibraltar’s outfit 1-3 on the road.

The Slovakian representatives limited PAOK to just two shots on target in the second round’s 11 draw on the Greek soil.

Slovan are also doing very well in their domestic league where they keep the top of the standings with 23 points from the opening 10 rounds.