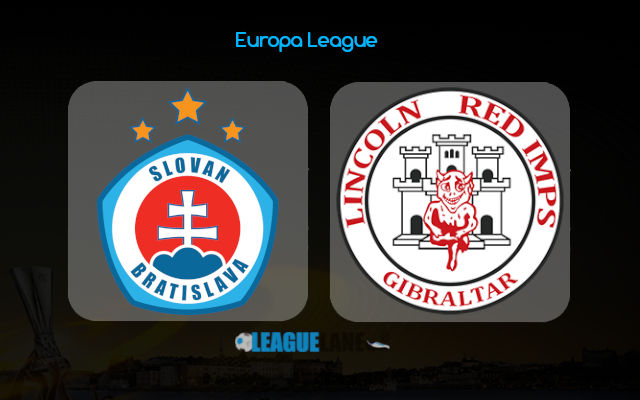 Bratislava are from the comparatively far better Slovakian top flight, and also had recorded a comprehensive win in the first leg. Meanwhile, the Red Imps are from one of the worst domestic leagues in the continent. Surely expect a win for Slovan this Tuesday.

They are the defending champions of the Slovak First Football League, and had won the title in style. On top of their 10-point lead at the top, they had scored the most, and importantly, they had conceded just 12 goals all through the campaign – while the next-best was 28.

In the meantime, the Imps had to settle for a second-place finish in the weak Gibraltar National League, and most importantly, they had lost the first leg quite convincingly.

Honestly there’s no comeback now, and the logical inference is another win for Bratislava this Tuesday.

Slovan were unbeaten in 12 of their past 14 overall fixtures, and in the process they had recorded a six-game winning streak. Note that they have lost just twice at home since November of 2020.

Most importantly, the Imps had lost the first leg 1-3 at their home, and now they have to turnaround this scoreline on the road, against an in-form and better team.

Surely expect Bratislava to register a compelling win against the desperate Lincoln.