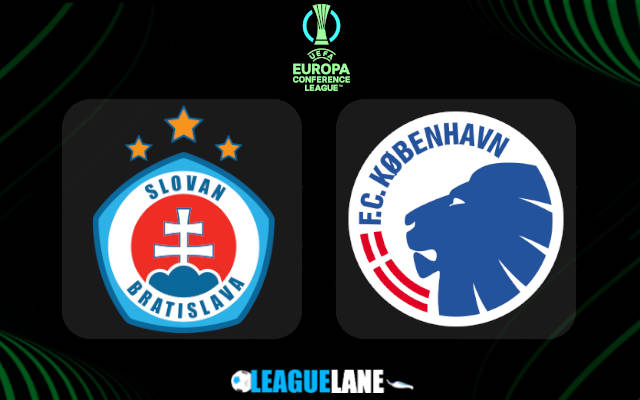 Copenhagen may have had an uncharacteristic fifth-place finish the last season in the Danish top flight, but they seem eager to make up for it this time around – as they have roared back in terrific form.

As of now, they are at the top of the 2021-22 Superliga, and are the only team yet to maintain an unbeaten record. In fact, they have scored the most number of goals, as well as have conceded the least of all the teams in the competition.

They also have a great h2h record against other Slovakian teams, and will certainly fancy their chances to start their campaign on a winning note.

Meanwhile, Bratislava have lately been on an inconsistent streak. They might be scoring goals at a good rate, but their defense has been failing to show the same quality. And the expectation is that this might be their undoing come Thursday, against the in-form guests.

Copenhagen are on a long winning streak, and have been scoring goals at an incredible rate. In fact, they have recorded wins in their last eight fixtures on the trot, and have slotted in 26 goals in the process.

Do also note that they are on a 14-game unbeaten streak, and have built up quite some momentum.

On the other hand, their counterparts were winless in four of their preceding eight games, and had remained so in six of their former twelve appearances at home.

Judging the form of either team, Copenhagen are expected to post the three points on the board.

However, Bratislava are at home, and not once have they failed to score against this opponent. They even have a 100% unbeaten record against them.

As such, anticipate goals to come from either side of the pitch as well.