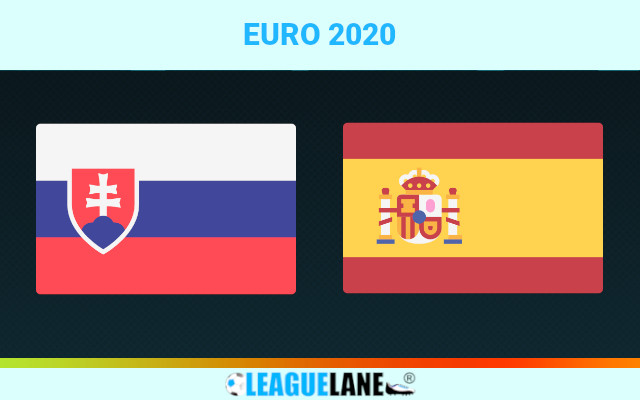 Spain simply cannot have one more botched tournament. They just can’t. Based on past accomplishments as well as current talent, they are head and shoulders above any team in the group, and were supposed to become toppers.

As of now, they are placed third in the table, and if they do not make these upcoming ninety minutes count, the team is going to be made the laughing stock of international football.

Especially after gaffer avoided Real Madrid players in the squad, critics and naysayers are waiting for the team to crash and burn. La Roja have to respond, and they have to do it now.

Slovakia might be placed second in the table, but neither their recent performances, nor their h2h record against this opponent are impressive. They might come shorthanded against a wounded Spanish side.

Moreover, when the chips are down, when their backs are against the wall – go with Luis Enrique’s side.

Moreover, manager Stefan Tarkovic would probably stick with the same eleven that has taken his team to the second position in the table.

The 2010 World Champions have really struggled without the control and experience offered by captain Sergio Busquets. However, Enrique has given out word that the midfielder is in top shape. Likely, we can expect him to take the pitch ahead of the newbie Rodri.

Going on, forward Alvaro Morata really tested the patience of fans worldwide with his horrible misses throughout the game against Poland (despite scoring the lone goal).

However, it’s doubtful if the gaffer would experiment with another striker at this late stage. Still, if the Juventus point man continues his abysmal streak, expect an early substitution.

Keep in mind the Spanish side that arrived for the final Nations League match-day last November. The team needed a victory at any cost to climb to the top of the table, and then Enrique’s side recorded a 6-0 win against the four-time world champions.

This Wednesday, La Roja once again are desperate for a win, and count on them to set foot on the pitch with a killer’s mentality.

Slovakia have a total of three wins from their last fifteen overall matches, and they have a 100% losing record in h2h encounters in the past 25 years, barring a single win and a draw.

Meanwhile, the 2010 World Champions have lost just once in the past three years, and in the process they had gone on a seven-fixture winning streak. Do also note that they are ranked sixth in the world by FIFA, whereas the Slovaks are placed 36th in the same list.

Considering these observations, and importantly the desperation of Spain, expect a convincing win for them this Wednesday.