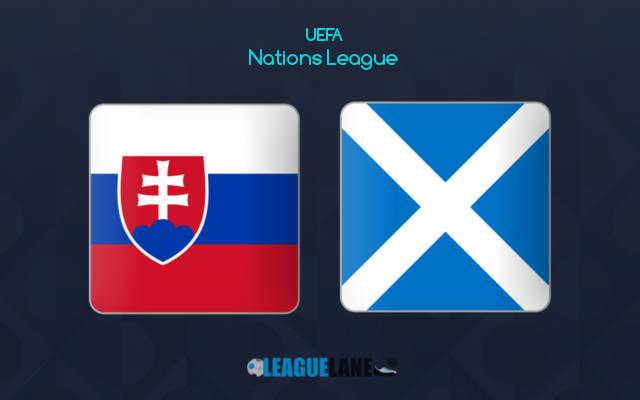 Steve Clarke’s men are at the top of the table, and they have a lead of four points as well. They have maintained an unbeaten record all through the campaign, and have conceded the least number of goals.

Meanwhile, the Falcons are placed dead last in the table, and have scored the least number of goals while conceding the most in the group. They also are yet to secure their first win in the competition.

In short, Andrew Robertson and his boys cannot be relegated now, while their counterparts cannot be promoted at any cost. Moreover, a single win for Clarke’s men will in fact ensure their ticket to the top-most League A, while one more loss would cast their opposite number to League C.

To sum it up – Stefan Tarkovic’s men are under huge pressure, and on top of that, they also have a worrying h2h record against this opponent. For the reasons, count on Scotland to make the most of this situation, and make their promotion a reality this weekend.

Clarke’s men had recorded a 1-0 win at home the last match-day, against Czech Republic. In the meantime, Tarkovic’s men lost 2-3 at home against Israel.

Going on, Robertson and his boys are on a four-game winning run, and they are also on an unbeaten run of eight match-ups, of which seven were wins. On the road they are on a two-fixture winning run, in which they scored two or more goals in both.

On the other hand, their counterparts are on a five-game winless run, and they remained so in eight of their preceding nine fixtures. And at home, they have had a total of one win in over the past 15 months.

On top of that, the Falcons are also on a losing run in h2h encounters since 2017, and have not scored a single goal in this period as well.

As such, expect Scotland to secure the three points this Sunday, and make their promotion official.