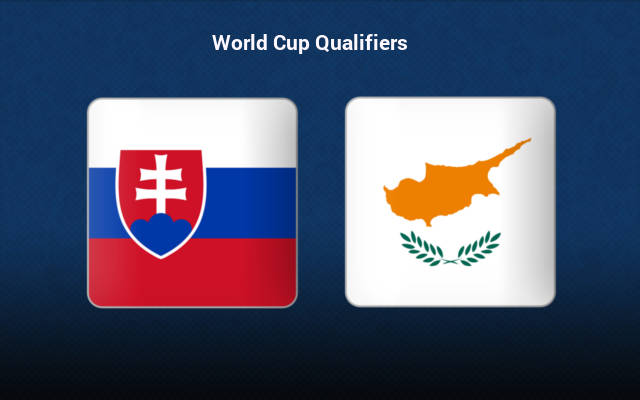 A heartbroken Slovakia look to turn around the tide against Cyprus this Tuesday at home.

Slovakia took a big hit after a late goal saw them go down 1-0 to Croatia and almost sink their world cup hopes. They’ll need to win this Tuesday if they want to stay alive in the world cup contention

Slovakia is now winless from 4 matches ( 3Losses, 1Draw) and will be looking to get back to winning ways. It doesn’t come as much relief that they could only manage a draw against minnows Cyprus in the reverse fixture.

Much to Slovakia’s relief, Cyprus has a horrible away game record, having lost 8 of their last 9 games (1Draw). Cyprus has also conceded 13 goals in their last 5 matches.

Cyprus rests like a sunken stone at the bottom of the table after suffering a 2-0 loss at the hands of Russia. They are definitely out of the contention for a world cup spot and the best they can do now is hope to ruin the chances of others.

This is a do or die clash on Tuesday for Slovakia and a loss or a draw would be synonymous with death for them. So they will fight tooth and nail for the complete three points at home.

Slovakia vs Cyprus Head To Head

In a must win situation for Slovakia in front of their home crowd, we expect Slovakia to prevail against all odds. Thankfully for them the odds are very much in their favour.

Cyprus has conceded an average of 2.6 goals in the last 5 matches, making it perfect for an over 2.5 goals bet. Despite the fact the last match bore no goals.

Cyprus has failed to score in 9 of their last 10 away matches and we completely expect that trend to continue at Slovakia.

The predicted scoreline is 3-0 in Slovakia’s favour.