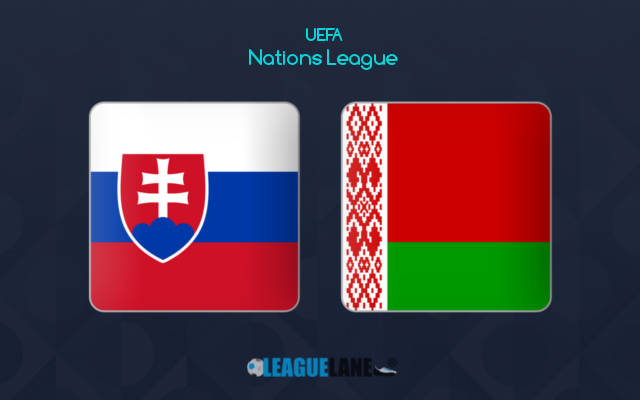 Slovakia will try and bring a disappointing UEFA Nations League campaign to a victorious end on Sunday afternoon when they take on the last-placed Belarus on the neutral venue of the TSC Arena in Serbian town of Backa Topola.

The Slovakians have been miles away from their best form during this UEFA Nations League campaign.

They sill at least remain in League C being well clear off the rock-bottomed Belarus who only have two points from five games so far.

Nevertheless, home and away defeats to group winners Kazakhstan can certainly be regarded as a failure for the Slovakians who responded with the managerial change following the second loss in June.

Italian coach Francesco Calzona took charge of the team in August and he made his debut on the bench three days ago in the home fixture against Azerbaijan.

The managerial change is probably the only reason why we will still lean towards backing the hosts here despite their non-convincing performances in this term of the Nations League.

Also, it is worth noting that Belarus have been worse, even for their standards. Claiming two points from five matches in the group with Kazakhstan, Slovakia, and Azerbaijan is definitely nit something to be proud of.

The Belarusians have huge problems with the lack of attacking creativity. They have scored only two goals in five outings and we don’t see them getting on the sheet here against Slovakia.

Belarus lost to both Kazakhstan and Azerbaijan on the road in this term of the Nations League. They have scored just two goals in five games so far in the competition.

We are going with Slovakia to have the lead at the half time and win the match at the end at the 2.10 odds, while you can also back the Slovakians to win to nil at the 1.80 odds.