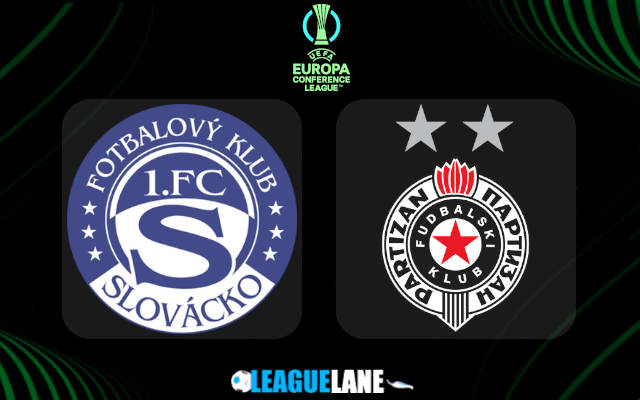 Both Slovacko and Partizan are the top performing outfits for the past several years of their respective domestic league competitions. These two will be primed to go after a high-scoring thriller this Thursday at Mestsky stadion Miroslava Valenty.

Slovacko have been struggling to find form for quite some time now and they are also letting goals in numbers. In addition, they are currently on a 3-game winless streak.

Meanwhile, Partizan had delivered a tight competition to the Serbian title holders Crvena Zvezda throughout the past season. They only had a lead of just two point at the top. Disregarding the toppers, Partizan were in the possession of the best defensive steel that season.

By the looks of things, we expect an interesting Europa Conference League affair between the two at Mestsky stadion Miroslava Valenty on Thursday.

Svedik’s side were winless in 8 of their previous 12 overall fixtures and in the process they had gone on 2 separate 3-game winless streak as well as another 2-fixture winless stretch.

They are also on a 2-fixture winless streak in front of their home crowd and had leaked a total of 3 goals in the process.

On the other hand, Partizan were unbeaten in 15 of their past 20 overall fixtures and in the process they had gone on a separate 7-fixture unbeaten streak as well as a 4-fixture winning streak.

Moreover, they are on a 4-game unbeaten streak on the road and had scored a total of 10 goals in the process.

Considering these observations, we are expecting a win for the visitors. While you can also go with the over 2.5 goals bet.