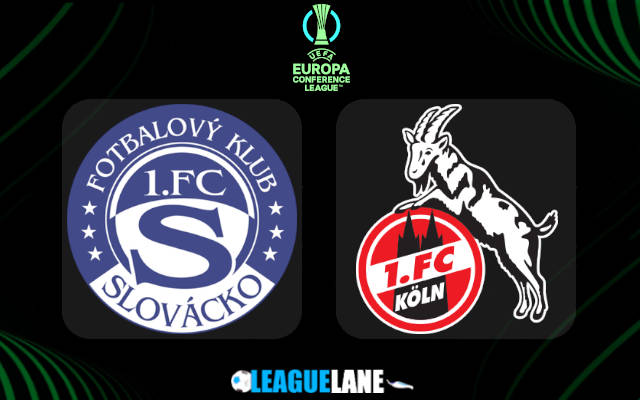 It is interesting to note that the bottom two teams of Group D have almost identical forms. Both Slovacko and Koln share the same number of points and they will both go head-to-head at Mestsky stadion Miroslava Valenty on Matchday 5.

The visitors have an advantage as they won the first leg by 4-2. Yet, in their last group stage game, they lost to leaders Partizan by 2-0.

The host got their first win of the campaign as they defeated Nice by 2-1. Jean-Clair Todibo received a red card in the 84th minute of the game. This helped the team score the winning goal after Nice were down to ten men.

The team led by Martin Svědík are at the bottom of Group H. Their form is looking very dull despite winning their first game most recently. It is important to note that they have conceded the most number of goals in Group D.

The priority for Steffen Baumgart and his men is to focus on the remaining Matchdays. They will have to start playing an attacking game if they wish to overtake leaders Partizan.

We can expect the second leg to have more goals, as the home team scored eight goals in their last two home matches in their domestic competition.

Group D in the Conference League has delivered some competitive games so far. As the point separation is only four between the leaders and the teams who are in the bottom half.

Our first tip for this game is that Slovacko will win by 2-1 – the odd for this tip will be at 12.00. The team under Martin Svědík are on a two-game winning streak at home in all competitions. Do note that in their last Conference League game, they defeated Nice by 2-1.

Moving on, our next tip for this game is that Both Teams to Score – the odd for this tip will be at 1.66. This is after considering that the first leg between these two teams ended in a 4-2 scoreline.