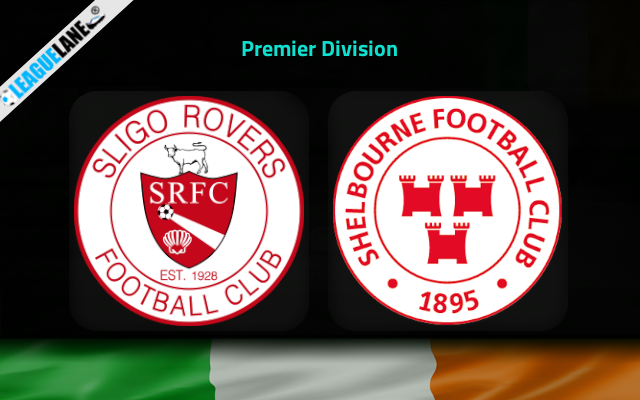 Sligo Rovers have been going through an average form in the league lately. Howevere, they have managed to record unbeaten displays mostly to stay inside the top five of the table. They are currently at the 5th spot of the table with a total of 29 points.

Sligo Rovers recorded a goalless draw on road against Drogheda in their most recent league fixture. With that draw, they are following a streak of four unbeaten games in the league. They will be hoping to extend it further by recording a possible positive form the upcoming with the aid of home.

Meanwhile, Shelbourne possess an inconsistent form in the league of late. They are seen recording some winless outcomes recently. As a result, they are pushed down to occupy the seventh spot of the table. Their offensive and defensive side also looks displeasing.

Shelbourne recorded a goalless draw against Dundalk at home in their most recent league fixture. With that draw, they are following a streak of three winless games in the league. Two of them were negative displays.

The home form of Sligo Rovers is decent of late. They are unbeaten in each of their past six league fixtures at home. Four of them saw their offensive side scoring two or more goals.

On the other side, Shelbourne have a disappointing form on road at present. They lost four of the past five on road league outings. On top of that, Sligo Rovers possess a strong head to head form against Shelbourne. Hence, we back Sligo Rovers to seal a win considering all the above stats.