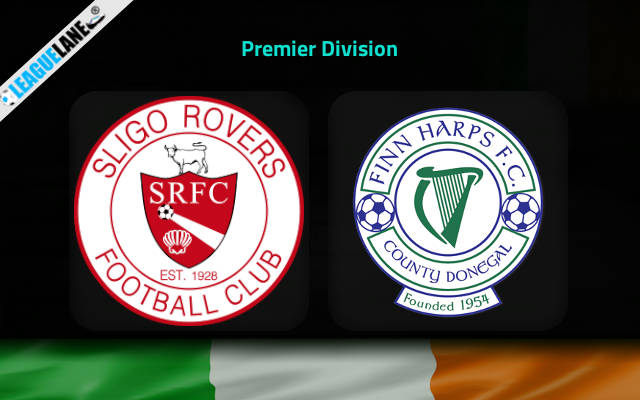 Round 20 of Premier Division is set for this Saturday as Sligo Rovers play host to Finn Harps where both these sides are separated by 14 points and 3 places. These two teams will be seen locking horns at Showgrounds.

Sligo Rovers is at the 5th spot on the standing with 25 points from 19 games. They won and lost 6 times each in the league while drew on 7 other occasions. The hosts have put together a good run of form and has now gone 2 games without defeat. One thing they need to improve is the defense, as they have conceded 23 goals so far.

Sligo Rovers prepare for this fixture following on from a 1-1 Premier Division drawn match over UC Dublin. They have been on a persistent run of goal-scoring form, hitting the target on all of their last 6 matches.

On the other hand, Finn Harps reside at the 9th position on the table with only 11 points. Of the 18 matches played, they won only twice while drew on 5 and lost on 11 other occasions. They really need to look onto their offensive side as they seems to be lacking finishing quality.

Previously, Finn Harps drew 2-2 in the league tie with Derry City. They have been scored against in 5 of their last 6 matches, conceding 10 goals in total. The hosts are also battling relegation at the second last spot.

Sligo Rovers have enjoyed playing at home, where they are currently unbeaten in 5 games. It’s likely that they will score today, as they have netted in the last 11 games coming into this one and have scored 6 goals in the last 5 games.

Meanwhile, Finn Harps have lost 3 of their last 5 outings in the Premier Division and they are without an away win since their 5 games played on road. They have also won just once from their last 8 h2h meetings and are on the back of 2 consecutive h2h losses.

By the looks of things, expect a victory for Sligo Rovers this Saturday.